"We have spent the last four years preparing for this test," said NASA scientist David Chaney.

GREENBELT, Md., Nov. 2 (UPI) -- Construction of the James Webb Telescope is complete. Its mirror array finally assembled, the largest space telescope ever built is now ready to undergo a series of mechanical tests to ensure it can handle the rigors of life in orbit.

On Wednesday, NASA engineers finished measuring the curvature of the telescope's mirror panels -- the "center of curvature" test. The array's initial dimensions will be compared to those measured after a series of stress tests.

In the coming months, engineers will subject the telescope to sounds and vibrations similar to those experienced by spacecraft. If the mirror is unchanged by the rattling, shaking and sudden jolts, then it will be ready for mounting. If all goes according to plan, JWST will be launched in October 2018.

To measure the precise size and shape of the massive mirror without touching it, scientists used an interferometer. Quick pulses of light were bounced off the array's surface and analyzed by a detector.

The data fielded by the interferometer was compared to light reflected off a digital hologram, a model programmed to replicate the mirror's ideal shape.

"Interferometry using a computer-generated hologram is a classic modern optical test used to measure mirrors," NASA scientist Ritva Keski-Kuha, who is leading the regiment of JWST tests at the Goddard Space Flight Center, said in a news release.

"We have spent the last four years preparing for this test," added David Chaney, who is in charge measuring the telescope's primary mirror. "The challenges of this test include the large size of the primary mirror, the long radius of curvature, and the background noise. Our test is so sensitive we can measure the vibrations of the mirrors due to people talking in the room."

The telescope's 18 hexagonal mirrors will field massive amounts of infrared light, allowing scientists to peer deeper into space with greater clarity and to study the universe's first generation of stars and galaxies. JWST will also help scientists study the habitability of nearby exoplanets.

Unlike Earth-orbiting Hubble, JWST will orbit a special Earth-sun relative spot called the second Lagrange point 1 million miles from home. Orbiting "L2" while in turn orbiting the sun helps keep the telescope protected from the light and heat of the sun, plus that reflected from the Earth and moon. It also allows constant communication from the same location in the midnight sky.

The telescope's construction has been a lengthy process. NASA had to build new facilities in which to build and test the groundbreaking telescope -- a painstaking and expensive process that may never be repeated.

"This may be the last [space] telescope that we build that is not modular," NASA administrator Charles Bolden told reporters during a press conference on Wednesday. 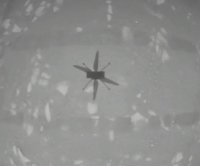