"Our discovery is significant because it shows for the first time that sea floor life at higher latitudes suffered the same global extinction process," said researcher Benjamin Kear. 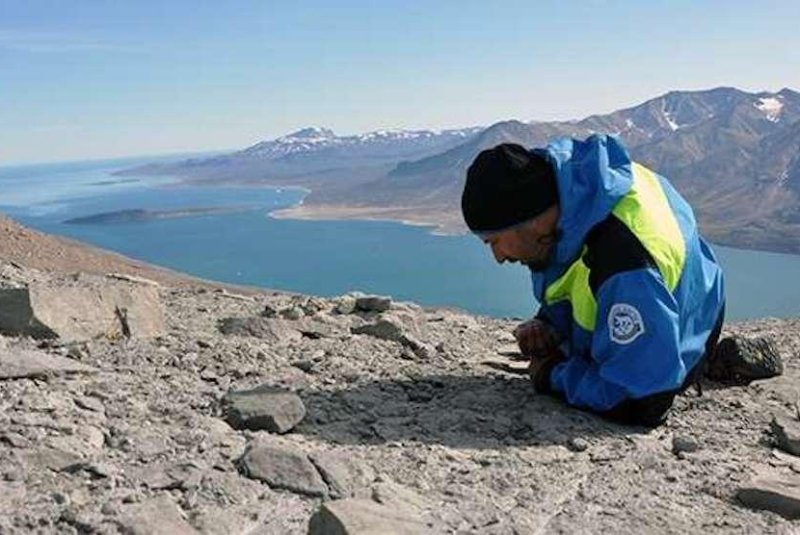 UPPSALA, Sweden, Oct. 31 (UPI) -- Some 252 million years ago, the planet suffered the most catastrophic mass extinction event in its 4.5 billion-year history.

A trove of newly discovered fossils -- unearthed in Greenland by a team of palaeontologists -- have offered scientists a snapshot of the ecological recovery closer to the poles.

Even biodiversity far from the equator was obliterated.

"Life on the sea floor had totally collapsed, with up 90 percent of all species becoming extinct," Michal Zaton, a researcher from the University of Silesia in Poland, said in a news release.

In the wake of the discovery, the ocean floor was highly acidic and without much oxygen -- inhospitable conditions for most species. But the latest discovery reveals the first signs of ecological discovery. Bivalves and large colonies of filter-feeding microconchid tube worms began to spread across the ocean floor.

It's the first time ancient microconchid fossils have been discovered this far from the equator.

"Our discovery is significant because it shows for the first time that sea floor life at higher latitudes suffered the same global extinction process, and subsequent ecosystem recovery," said Benjamin Kear, a scientist at the Museum of Evolution at Uppsala University.

The recent dig is part of an attempt to better understand how extinction events influenced the evolution of aquatic animals. Researchers are particularly interested to understand why and how vertebrate animals first left the sea for land 360 million years ago, only to transition back into the water 108 million years later.

While extinction events are a broadly a burden on the planet's flora and fauna, drastic ecological changes open up new opportunities for certain species.

"We found completely new microconchid species that invaded brackish lagoons as the seas retreated," said Grzegorz Niedzwiedzki, from the Evolutionary Biology Centre at Uppsala. "This environmental opportunism was probably key to their survival and ecological success in the wake of massive ecosystem collapse."

The new research was published in the journal Scientific Reports.

Science News // 2 hours ago
NASA moves up launch of massive moon rocket
Aug. 15 (UPI) -- NASA announced Monday that it will roll out its Artemis I Moon rocket on Tuesday evening, which is two days earlier than originally planned.

Science News // 5 hours ago
Study: Billions would die of hunger after nuclear war between U.S., Russia
Aug. 15 (UPI) -- The injection of sun-blocking soot into the stratosphere from a firestorm created by a nuclear war between the United States and Russia could cause more than 5 billion people to die from hunger, according to a new study.

Science News // 3 days ago
NASA explains strange stringy object photographed by Perseverance rover
Aug. 12 (UPI) -- One photo taken recently by NASA's Perseverance rover on Mars showed an unusual noodle-like object lying on the surface of the Red Planet, but scientists have an explanation.

Science News // 4 days ago
New study of moon rocks finds they contain gases from Earth
Aug. 11 (UPI) -- A new study of six moon rocks has discovered proof that the moon includes chemical elements from Earth's interior -- a finding that supports the theory that the moon was created when something smashed into Earth.