"Pollution of the world’s oceans is having direct impacts on marine birds but the extent is yet to be fully investigated in Australia," said researcher Lauren Roman.

Scientists found debris in the guts of several specimens of Buller’s albatross, a vulnerable seabird species. Photo by University of Queensland

BRISBANE, Australia, Aug. 31 (UPI) -- As pollution piles up in the ocean and on shore, seabirds are paying the ultimate price.

In examining the stomachs and intestines of dead birds collected in Australia, researchers found ingested debris often resembles the size, shape and color of natural prey.

"How the birds feed effects the type of debris they ingest, along with their habitat," Kathy Townsend, a researcher at the University of Queensland, said in a news release. "For example, pursuit-diving species such as shags and cormorants ingested things like fishing hooks and sinkers, while surface-feeders such as albatross and short-tailed shearwaters ingested buoyant plastics and balloons."

The survey -- the largest of its kind -- looked at debris ingested by 370 seabird specimens of 61 species.

Red arrow squid make up a large portion of the diet of short-tailed shearwaters. Scientists believe the birds often mistake red and orange balloons for squid.

The latest findings -- detailed in the journal PLOS ONE -- debris digestion among seabirds is common.

"Pollution of the world's oceans is having direct impacts on marine birds but the extent is yet to be fully investigated in Australia," concluded lead study author Lauren Roman, now conducting researcher at the Institute for Marine and Antarctic Studies in Tasmania.

Science News // 13 hours ago
New technology turns trash into graphene
Jan. 28 (UPI) -- Food waste and plastic garbage can now be converted into graphene, thanks to a new processing technique developed by chemical engineers at Rice University. 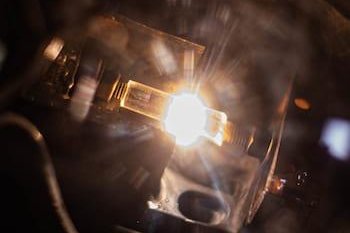