Logged forests are havens for endangered species in Southeast Asia

"Protecting those large areas of forest that have already been logged could help conserve mammal species," said researcher Oliver Wearn. 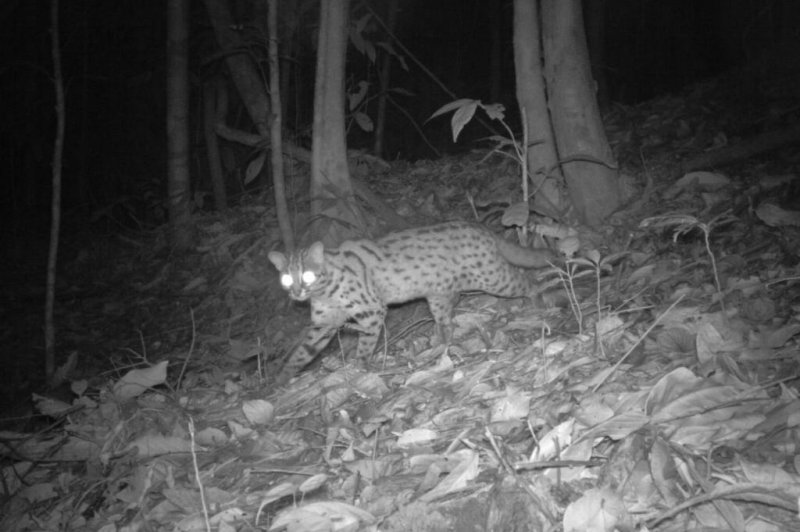 The forests in question aren't clear cut, but "selectively logged." Only a specific tree species is removed. Often, conservationists labels these forests as "degraded." When agricultural interests lobby for more land, these forests are the first to be sacrificed.

The latest findings, detailed in the journal Ecological Applications, suggest these forests are tremendously undervalued.

The biologists found large predators like cloud leopards and civets were just as common in logged forests as protected old growth forests. Smaller animals like squirrels and rodents were actually more abundant in logged forests.

Scientists hypothesize that the higher biodiversity is enabled by the variety of habitat types in logged forests.

"The logging process creates a greater variation in habitat types in a smaller area, from untouched areas on steep slopes to completely denuded areas of open grassland," lead researcher Oliver Wearn said in a news release. "Old-growth forests would likely have the same diversity if we looked at them on a much larger scale."

Wearn says he and his research partners can't be sure the biodiversity found in logged forests is sustainable long-term.

"What we can say from this study is that protecting those large areas of forest that have already been logged could help conserve mammal species better than preserving fragmented pockets of forests inside oil palm landscapes," Wearn added.

Science News // 2 days ago
New asteroid expected to make very close pass to Earth this evening
Jan. 26 (UPI) -- Earth is set for a very close shave with a small asteroid Thursday just five days after it was discovered by an amateur astronomer in Crimea, according to NASA's Jet Propulsion Laboratory.

Science News // 4 days ago
NASA, DARPA partner for nuclear space rocket test
Jan. 24 (UPI) -- NASA is partnering with the Defense Advanced Research Projects Agency to demonstrate the use of a nuclear thermal rocket engine in space, the two agencies announced in a statement Tuesday.

Science News // 5 days ago
NASA delays Rocket Lab launch in Virginia until Tuesday
Jan. 23 (UPI) -- NASA on Monday scrubbed the Rocket Lab's launch of its Electron rocket from Virginia because of poor weather conditions, moving the possible liftoff to Tuesday.