Astronomer Luisa Rebull likens the stars to dancers, larger ones pirouetting more slowly than smaller ones.

Researchers are trying to understand how different spin rates with in the Pleiades cluster correspond with different stellar qualities. Photo by NASA/JPL-Caltech/UCLA

PASADENA, Calif., Aug. 12 (UPI) -- The latest mission by the Kepler space telescope has helped astronomers collect the most complete catalog of spin rates among the stars of the Pleiades cluster.

The new data is helping astronomers understand why stars in the cluster spin at varying rates, as well as how rotation periods relate to planet formation.

"We hope that by comparing our results to other star clusters, we will learn more about the relationship between a star's mass, its age, and even the history of its solar system," Luisa Rebull, a research scientist at Caltech's Infrared Processing and Analysis Center in Pasadena, said in a news release.

The Pleiades cluster is situated 445 light-years from Earth. Many of the stars in the cluster are just now reaching adulthood, having been born roughly 125 million years ago. They're spinning as fast as they ever will.

At their peak spin rates, these maturing stars eject large amounts of stellar wind. As these winds travel across the stars' magnetic fields, they enact a braking effect on the stars. As a star ages, its spin rate begins to slow down.

Kepler measures each star's spin rate by tracking the time between the appearance of recognizable starspots -- like sunspots.

Rebull likens the stars to dancers, larger ones pirouetting more slowly than smaller ones.

Because the Pleiades cluster is so close, it serves as an ideal cosmic laboratory to compare stellar qualities with spin rates.

RELATED Clouds, haze cause astronomers to overestimate size of exoplanets

"The Pleiades star cluster provides an anchor for theoretical models of stellar rotation going both directions, younger and older," said Rebull. "We still have a lot we want to learn about how, when and why stars slow their spin rates and hang up their 'dance shoes,' so to speak."

Rebull and her colleagues detailed their latest analysis of Pleiades spin rates in three new papers, soon to be published in the Astronomical Journal.

RELATED Study: Other stars spin just like the sun

Science News // 7 hours ago
Veggie-loving monkeyface prickleback may be future sustainable protein
Feb. 19 (UPI) -- Scientists have uncovered the digestive secrets of one of the ocean's most unique vegetarians. The discovery could pave the way for more sustainable proteins sources. 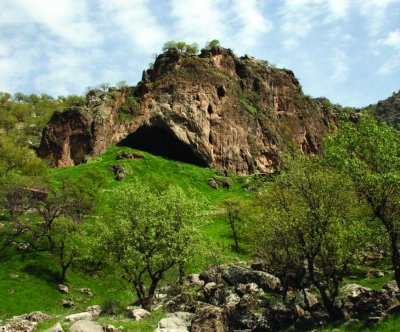