"To transfer more data while using less energy, we need to rethink what’s inside these machines," said researcher Liang Feng.

A new vortex laser beam promises to transmit 10 times as much data as conventional linear lasers. Photo by University at Buffalo

Researchers at the University of Buffalo have developed a vortex laser small enough to fit on a chip and capable of transmitting 10 times more data than conventional linear lasers. The technology may also delay the end of Moore's Law.

Moore's Law is the idea that engineers will continue to find ways to make computers and other smart devices smaller and smaller. But recently, scientists have speculated that Moore's Law is approaching a bottom limit.

"To transfer more data while using less energy, we need to rethink what's inside these machines," researcher Liang Feng, an assistant professor of electrical engineering at Buffalo, said in a news release.

The vortex laser, with data encoded into multiple corckscrew-like twists, may stave off this approaching technological barrier.

Increasingly, researchers have used light to move and store data -- as opposed to electrical currents -- across and in smaller and smaller computer components. But scientists are running out of ways to manipulate light. The vortex laser and its corkscrew light pattern offer a new strategy.

Previously, the technique, called orbital angular momentum, has been too big to use on tiny computer components, but scientists at Buffalo have found a way to shrink the pattern.

The laser -- described in a new paper in the journal Science -- won't be a cure-all, but combined with new technologies like more efficient transmitters and atomic storage chips, it may push the end of Moore's Law well into the future. 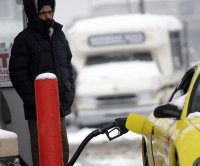 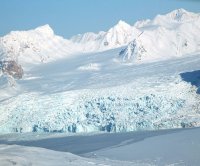