MRSA and MRSA-related complications kill an average of 11,000 patients every year in the United States.

BIRMINGHAM, Ala., June 22 (UPI) -- Sea sponges are mostly stationary, and without speed or a protective shell, their defense system is largely reliant on chemical compounds. And because bacteria poses one of sponges' greatest threats, many of their compounds boast antibacterial qualities.

For the past 20 years, James McClintock and Chuck Amsler, biology professors at the University of Alabama, Birmingham, as well as Bill Baker, a biologist at the University of South Florida, have been studying the defense mechanisms of sponges, algae and other marine invertebrates in the frigid, oxygen-rich waters of Antarctica.

Previously, the trio of researchers identified compounds with promise in the fights against H1N1 flu virus and melanoma skin cancer. Their latest discovery, darwinolide, is named after the sponge's family name, Darwinellidae. In lab tests, it killed 98 percent of MRSA cells.

"It's a defensive compound against microbes," McClintock said in a news release, "with some very interesting properties."

One of those properties is an ability to penetrate a protective biofilm deployed by bacterial infections. The protective biofilm -- a barrier of carbohydrates, proteins and DNA -- erected by MRSA can't be penetrated by any drugs currently on the market. It's what makes treating MRSA and other infections resistant to antibiotics, so-called superbugs, so difficult.

"Darwinolide differs from previous, somewhat similar, drug candidates from sponges because its central ring structure is rearranged in an unusual way," Amsler explained. "If that rearrangement of the chemical backbone is in part responsible for the effectiveness against biofilm bacteria, it might be able to serve as a chemical scaffold for the development of other kinds of drugs targeting pathogens within biofilms."

Because harvesting Antarctic sponges on a mass scale isn't practical or environmentally sound, scientists must now figure out how to synthesize darwinolide in the lab. Luckily, 99 percent of natural compounds can be reproduced by chemists. After that, researchers will need to examine how exactly dawinolide works to break through bacteria bioflim and attack the cells. While an FDA-approved darwinolide-inspired drug may be years away, the compounds potential has researchers excited.

And if a drug is produced, the researchers' respective universities stand to profit.

"If a drug is developed, UAB would stand to receive something on the order of 20 percent of the royalties," McClintock said.

RELATED Bacterial resistance to copper developed thousands of years ago

McClintock and his researcher partners recently detailed their discovery in the journal Organic Letters. 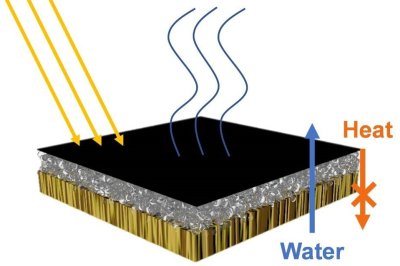