"Mimicking this ancient method has the potential to transform the lives of thousands of people," said researcher James Fairhead. 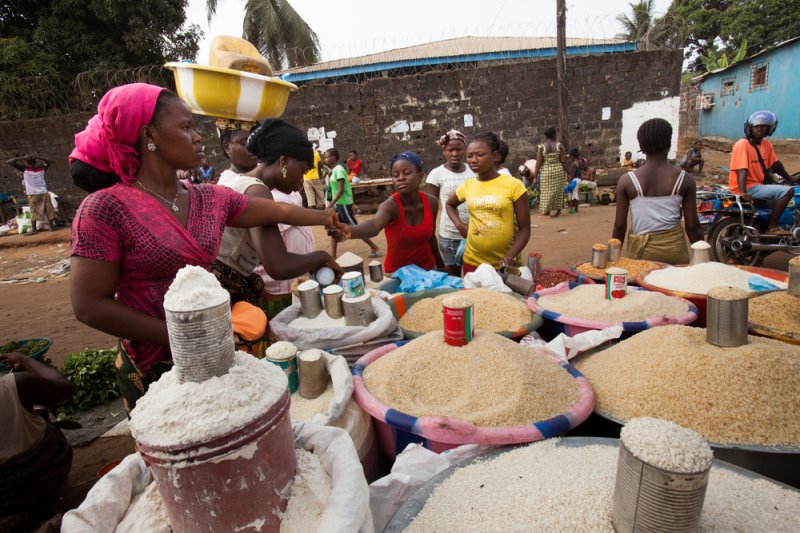 An ancient soil-enrichment strategy used in West Africa promises to improve agricultural yields across the rest of the continent. Photo by MickyWiswedel/Shutterstock

A team of researchers from Europe, the United States and West Africa tested soil from dozens of sites in Ghana and Liberia and found 200 to 300 percent more organic carbon than unenriched soil. The scientists detailed their findings in the journal Frontiers in Ecology and the Environment.

"Mimicking this ancient method has the potential to transform the lives of thousands of people living in some of the most poverty and hunger stricken regions in Africa," lead researcher James Fairhead, from the University of Sussex, said in a news release. "More work needs to be done but this simple, effective farming practice could be an answer to major global challenges such as developing 'climate smart' agricultural systems which can feed growing populations and adapt to climate change."

Similarly rich soils, enhanced by ancient Amazonian farmers, have been found in South America, but their enrichment techniques aren't yet known.

"What is most surprising is that in both Africa and in Amazonia, these two isolated indigenous communities living far apart in distance and time were able to achieve something that the modern-day agricultural management practices could not achieve until now," said lead study author Dawit Solomon, from Cornell University.

"The discovery of this indigenous climate smart soil-management practice is extremely timely," Solomon added. "This valuable strategy to improve soil fertility while also contributing to climate change mitigation and adaptation in Africa could become an important component of the global climate smart agricultural management strategy to achieve food security."

Science News // 2 days ago
NASA explains strange stringy object photographed by Perseverance rover
Aug. 12 (UPI) -- One photo taken recently by NASA's Perseverance rover on Mars showed an unusual noodle-like object lying on the surface of the Red Planet, but scientists have an explanation.

Science News // 3 days ago
New study of moon rocks finds they contain gases from Earth
Aug. 11 (UPI) -- A new study of six moon rocks has discovered proof that the moon includes chemical elements from Earth's interior -- a finding that supports the theory that the moon was created when something smashed into Earth.

Science News // 5 days ago
Supermoon may outshine Perseid meteor shower
The summer of the supermoon is about to put on its final performance, stealing the spotlight from what is typically one of the most anticipated astronomical light shows of the year.

Science News // 6 days ago
Seaweed, giraffes, parrots other critical species becoming endangered, study says
Aug. 8 (UPI) -- Seaweed, which has survived on Earth in some form for 1.6 billion years, has made the list of threatened species, along with giraffes, parrots and oak trees, according to a United Nations report.
Advertisement

For older dogs, risk of dementia rises with hearing loss