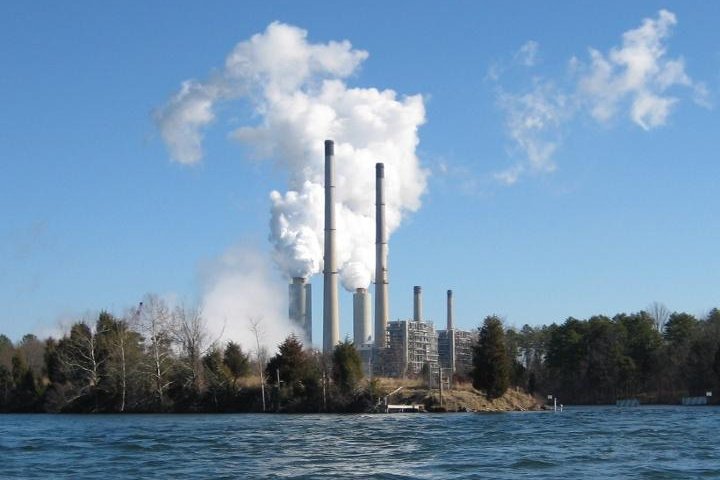 Duke Energy's Roxboro Steam Station, a four-unit, 2,422-megawatt coal-fired power plant in Semora, N.C., is one of the largest in the country. Photo by Duke University

RALEIGH, N.C., May 27 (UPI) -- Of all the coal ash produced in the United States, the waste generated by Appalachian coal operations is the richest in rare earth elements.

Researchers from Duke University collected coal ash samples from power plants throughout the United States, including those in the largest coal-producing regions: the Appalachian Mountains; southern and western Illinois; and the Powder River Basin in Wyoming and Montana.

Globally scarce elements like neodymium, europium, terbium, dysprosium, yttrium and erbium are used in a variety clean energy technologies, as well as electronics. Finding cheaper ways to extract them could make such technologies more widely available.

"The Department of Energy is investing $20 million into research on extraction technologies for coal wastes, and there is literally billions of dollars' worth of rare earth elements contained in our nation's coal ash," Heileen Hsu-Kim, an associate professor of civil and environmental engineering at Duke, said in a news release. "If a program were to move forward, they'd clearly want to pick the coal ash with the highest amount of extractable rare earth elements, and our work is the first comprehensive study to begin surveying the options."

Finding sufficient quantities of rare earth elements is just one piece of the puzzle. It's also necessary to develop a cheap and efficient extraction method.

During the study, researchers retrieved the elements with the help of a nitric acid treatment, a strategy widely used by commercial rare earth extractors. Researchers also tried soaking the ash in an alkali agent before dissolving it in the acid.

RELATED Study: Fossil fuels could be phased out in ten years

"The reagents we used are probably too expensive to use on an industrial scale, but there are many similar chemicals," said Hsu-Kim. "The trick will be exploring our options and developing technologies to drive the costs down. That way we can tap into this vast resource that is currently just sitting around in disposal ponds."

The new study was published this week in the journal Environmental Science and Technology. It was funded by the National Science Foundation, the Environmental Research and Education Foundation and the American Coal Ash Association.

Science News // 10 hours ago
New tool predicts the Earth's landscape as sea levels rise
How will climate change alter the landscape of the Earth over the next few hundred years? New interactive tools developed by researchers at Climate Central can paint that picture.

Science News // 23 hours ago
Climate change may bring rising obesity rates with higher temperatures
You can add obesity and its related health risks to the long list of threats posed by climate change, researchers report.