Effect of ocean acidification on shellfish depends on other stressors

"Ocean acidification is likely to progress along our coastline as a patchwork of hotspots," said researcher Kristy Kroeker.

How vulnerable mussel populations are to ocean acidification is affected by a number of environmental factors, new research suggests. Photo by Popova Tetiana/Shutterstock

Determining the exact effects of ocean acidification on shellfish has proven difficult, however. Though plummeting pH levels have been blamed for shellfish die-offs, the correlations have appeared inconsistent.

New research suggests the response of shellfish to ocean acidification is dependent on a number of other environmental stressors.

In a study of California mussels, researchers at the University of California, Santa Cruz determined that food availability -- or scarcity -- had a significant effect on mussels' vulnerability to ocean acidification. Food availability, the scientists noted, is highly dependent on geography and affected by a complex amalgam of environmental and ecological factors.

RELATED Starfish babies are back after devastating die-off

"Ocean acidification is likely to progress along our coastline as a patchwork of hotspots rather than a large blanket, and the background conditions in these hotspots can determine how species are affected," Kristy Kroeker, assistant professor of ecology and evolutionary biology at UC Santa Cruz, said in a news release.

Ocean acidification inhibits the ability of mussels and other shellfish to build their protective layer. Because shell-building is an energy-intensive process, food availability is key to a shellfish species' ability to cope with ocean acidification.

RELATED Ocean acidification along California coast most damaging at night

Cold water, which more easily absorbs CO2, rises from the deep to the surface in a process called upwelling. It's also rich in nutrients. These natural fluctuations allowed researchers to tests the interplay between low-pH seawater, food availability and temperatures -- and to study their effects on the growth and morphology of juvenile mussels, as well as their susceptibility to dogwhelk predation.

"We can use the spatial differences in upwelling to study how species respond to seawater that's high in carbon dioxide," Kroeker explained. "The upwelling of relatively acidic deep water is a natural process, but these waters will become even more acidic in the future."

The mussels developed fastest in locales with frequent upwelling. The nutrients brought by the currents offset the drawbacks of intermittent acidity. Mussels that experienced low pH levels without the benefits of high food availability developed the slowest and were more vulnerable to dogwhelks. High body temperature proved to be another stressor and made mussels more susceptible to the negative effects of ocean acidification.

The findings, detailed in the journal Ecology Letters, are reminder that effective conservation often requires attention to hyperlocal details.

"Most of our tools for managing coastal species and ecosystems -- such as marine protected areas and regulating point source pollution -- are spatially explicit, and this research illustrates there may be hotspots of vulnerability or resilience that we could protect or manage locally," Kroeker concluded. 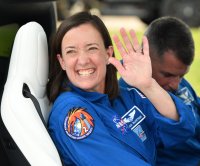 Science News // 14 hours ago
Extreme melt events can permanently alter structure of an ice sheet
April 20 (UPI) -- A short-term but extreme melting event in 2012 had a lasting impact on the ice sheet in Greenland's structure and its ability to capture meltwater runoff, according to a new study. 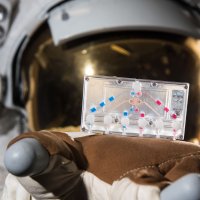 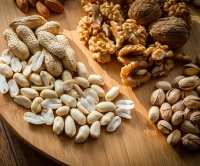