Researchers say the study's conclusions can be applied to not just wolves but any large carnivore than moves in and out of protected park land. 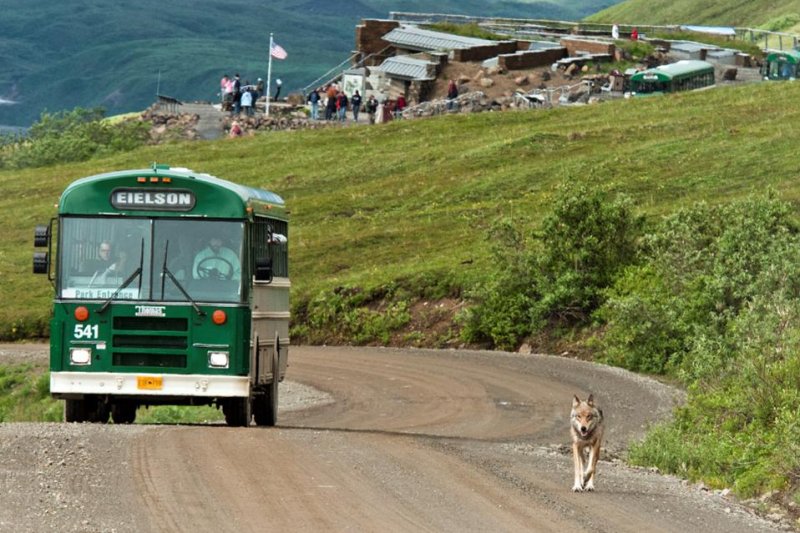 When hunting was allowed on lands adjacent to park lands in Denali National Park, wolf sightings in the park went down. Photo by National Park Service

SEATTLE, April 28 (UPI) -- When wolves are allowed to be hunted near a national park, visitors tend to be treated to fewer wolf sightings.

It seems obvious, but now there's hard science to confirm the logic.

When researchers at the University of Washington analyzed harvest and sightings data at Denali National Park in Alaska and Yellowstone National Park in Wyoming, Montana and Idaho, they found park visitors were twice as likely to spot a wolf when hunting was outlawed in lands adjacent to the park.

The study findings were published this week in the journal PLOS ONE.

"This is the first study that demonstrates a potential link between the harvest of wildlife on the borders of a park and the experience that visitors have within the park," lead study author Bridget Borg, a Denali wildlife biologist, said in a news release.

The research is a reminder of the trade-off dilemma faced by managers of natural resources. Wildlife managers in Alaska have to weigh the demands of trappers and hunters against wildlife advocates and those who benefit from ecotourism. Similarly, in Wyoming, Montana and Idaho, managers must balance the interests of hunters and ranchers with those of conservationists and tourists.

Researchers say the study's conclusions can be applied to not just wolves but any large carnivore than moves in and out of protect park land.

"In an ideal world, there wouldn't be a tradeoff," added Laura Prugh, an assistant professor of quantitative wildlife sciences at Washington. "You could have wolf harvests outside of the parks, which also bring in a lot of economic activity, and it wouldn't have an effect on the populations or probability that tourists are going to see wildlife in the parks."

Science News // 15 hours ago
Study: Polluted air keeps butterflies, bees from pollinating
As air pollution worsens, fruits, flowers and the creatures that pollinate them could pay a price.