Researchers are hoping to soon test the maggots in clinical trials, most likely on diabetic foot ulcers. 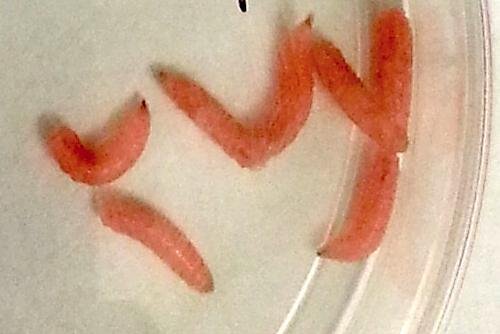 The fly larvae, or maggots, were engineered to produce a protein called platelet-derived growth factor subunit B, or PDGF-BB. The protein molecules have been shown to improve healing.

Maggot debridement therapy is currently approved by the FDA, but its efficacy is debated. Part of the problem is ensuring PDGF-BB actually ends up in the maggots' secretions.

In lab experiments, researchers found that larvae fed a diet lacking in the antibiotic tetracycline produced large concentrations of PDGF-BB -- enough to be detected in their secretions.

Researchers are hoping to soon test the maggots in clinical trials, most likely on diabetic foot ulcers, where they can clean the wounds of dead tissues while secreting the cell-boosting protein.

"A vast majority of people with diabetes live in low- or middle-income countries, with less access to expensive treatment options," Max Scott, an NC State professor of entomology, said in a press release.

Scott and his colleagues recently published their study in the journal BMC Biotechnology.

"We see this as a proof-of-principle study for the future development of engineered L. sericata strains that express a variety of growth factors and anti-microbial peptides with the long-term aim of developing a cost-effective means for wound treatment that could save people from amputation and other harmful effects of diabetes," Scott concluded.

Science News // 21 hours ago
Dragon, U.S space freighter, successfully splashes down in Fl, ending the trip
Jan. 24 (UPI) -- A SpaceX Dragon capsule that had transported supplies and experiments to the International Space Station splashed down along the coast of Florida on Monday afternoon. 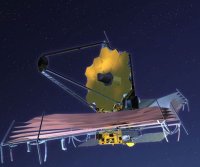 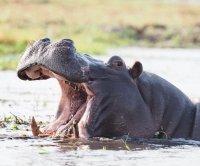