"This is a thrilling discovery," said researcher Julia Wildschutte.

Scientists analyzed the genomes of some 2,500 people from around the world. The viral fragments were identified by comparing the genomes to a "reference" human genome, an average of sorts. The comparative analysis allowed researchers to hone in on unique segments and locate foreign code.

Human endogenous retroviruses, or HERVs, are ancient viruses that succeeded in depositing DNA-based copies of their RNA genetic material into the genomes of early humans.

The research was conducted by geneticists from Tufts University and the University of Michigan Medical School. Their findings were published this week in the journal PNAS.

Among the newly identified HERV segments was one strand complete enough to offer a full genetic formula for an entire virus. Researchers were also able to confirm the presence of 17 viral fragments previously identified by scientists.

It's not yet clear whether the strand can replicate, but previous research suggests ancient DNA strands can affect human carriers.

"Many studies have tried to link these endogenous viral elements to cancer and other diseases, but a major difficulty has been that we haven't actually found all of them yet," co-author Zachary H. Williams, a postdoctoral student at Tuft's Sackler School of Graduate Biomedical Sciences, said in a news release. "A lot of the most interesting elements are only found in a small percentage of people, which means you have to screen a large number of people to find them."

"This is a thrilling discovery," said co-author Julia Wildschutte, who earned her PhD while conducting genomics research at Tufts. "It will open up many doors to research. What's more, we have confirmed in this paper that we can use genomic data from multiple individuals compared to the reference human genome to detect new HERVs." 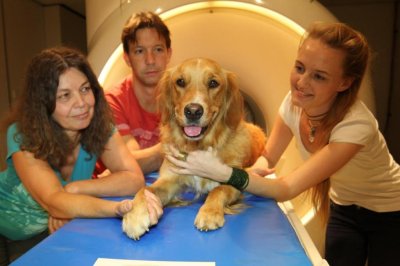