Neanderthals may have used manganese dioxide for fire

Such expertise would prove a departure from current scientific understanding of the cave-dwellers' cognitive abilities. 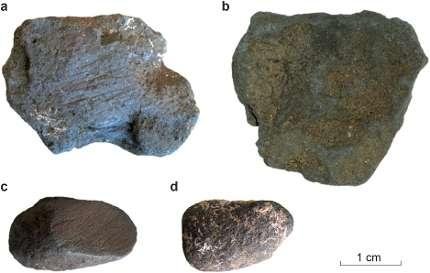 LEIDEN, Netherlands, March 1 (UPI) -- Until now, researchers assumed high concentrations of the black ore known as manganese dioxide at Neanderthal sites was explained by its use as a coloring agent in cave and body painting.

But new research suggests Neanderthals may have deliberately sourced the organic chemical for making fire.

Lab experiments conducted by a team of researchers in the Netherlands proved that the presence of manganese dioxide reduces auto-ignition temperature of wood and boosts its rate of char combustion -- making it easier to start and maintain hot and efficient fires.

As the scientists argue in their new paper on the subject -- published in the journal Scientific Reports -- regular fires would have provided Neanderthals with plenty of ash and charcoal for coloring. Collecting manganese dioxide for cave and body painting would have been redundant and an unwise use of energy.

If Neanderthals did selectively source manganese dioxide for making fire, such expertise would prove a departure from current scientific understanding of the cave-dwellers' cognitive abilities.

"We don't know how Neanderthals made fire but given their skills with lithics, we might start with an assumption they used sparks and tinder," study author Peter Heyes, a researcher at Leiden University, said in a press release. "We don't bring it out particularly in the paper but manganese dioxide added to wood shavings or other tinder increases the efficiency with which the tinder captures a spark and lights."

Using manganese dioxide for fire suggests a distinct level of sophistication with regard to Neanderthals' use of fuel.

"Finding evidence to support a view on Neanderthal management of wood fuel resources is a very remote possibility," Heyes added. "It could nevertheless have been an important aspect of subsistence. If Neanderthals could devote time and resources to collecting manganese dioxide for fire making, it is perhaps not unreasonable to assume they could manage wood fuel resources effectively." 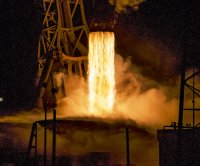 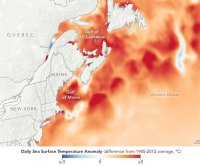 Science News // 13 hours ago
Climate change in North Atlantic fuels summertime warming in Northeast U.S.
Sept. 23 (UPI) -- The Northeastern United States is warming faster than other parts of the country, according to new research published Thursday in the journal Nature Climate Change.

Science News // 16 hours ago
Banana plantations offer bats 'fast food,' but alter gut microbiomes for the worse
Sept. 23 (UPI) -- Nectar-eating bats that get most of their nutrition from banana plantations in Costa Rica boast less diverse gut microbiota than their peers living and eating in natural forest habitat.