A rendering shows where the Smith Cloud would appear in the night sky if it was illuminated. Photo by University of Notre Dame

SOUTH BEND, Ind., Jan. 28 (UPI) -- For some time now, astronomers have been closely watching the Smith Cloud -- a giant gas cloud headed towards the Milky Way galaxy -- and trying to figure out exactly where it's coming from.

According to astronomers at the University of Notre Dame, the cloud contains elements similar to those found inside our sun, which suggests the cloud was formed inside the Milk Way.

Until now, researchers assumed the cloud hailed from a starless galaxy or interstellar space. The new evidence, published this week in the journal Astrophysical Journal, suggests the cloud is in fact returning to its home -- to the place where it was born.

The Smith Cloud is classified as a high-velocity cloud due to the high speed at which it's currently orbiting the Milky Way. It's moving through interstellar space just beyond the edge of the galaxy, scientists said, at a speed of 700,000 miles per hour. Every year, it gets pulled closer and closer to the Milky Way by the spiral's gravity.

Astronomers have been watching the cloud since the 1960s and scientists estimate that it will finally crash into the galaxy in about 30 million years.

If the Smith Cloud was from a starless galaxy or interstellar space, it would be comprised of mostly hydrogen and helium. But the latest analysis shows it houses a number of heavy elements -- the kinds of elements made in the combustion rooms of stars.

Specifically, astronomers looked for and found sulfur in the giant high-velocity cloud. A large presence of sulfur atoms is a good indication that other heavy elements are also present. Researchers' results suggest the cloud has as much sulfur as the Milk Way's outer disk, where gases are consistently polluted by stellar materials.

The new evidence suggests the Smith Cloud was born of the Milky Way and ejected at some point. But its ejection wasn't powerful enough to break entirely free of the galaxy's gravitational hold. Now, it's coming home.

"We have found several massive gas clouds in the Milky Way halo that may serve as future fuel for star formation in its disk, but, for most of them, their origins remain a mystery," Nicolas Lehner, Notre Dame astrophysicist and lead study author, said in a news release. "The Smith Cloud is certainly one of the best examples that shows that recycled gas is an important mechanism in the evolution of galaxies." 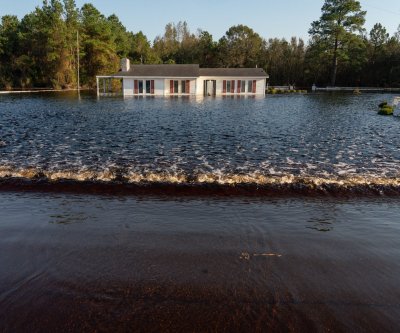