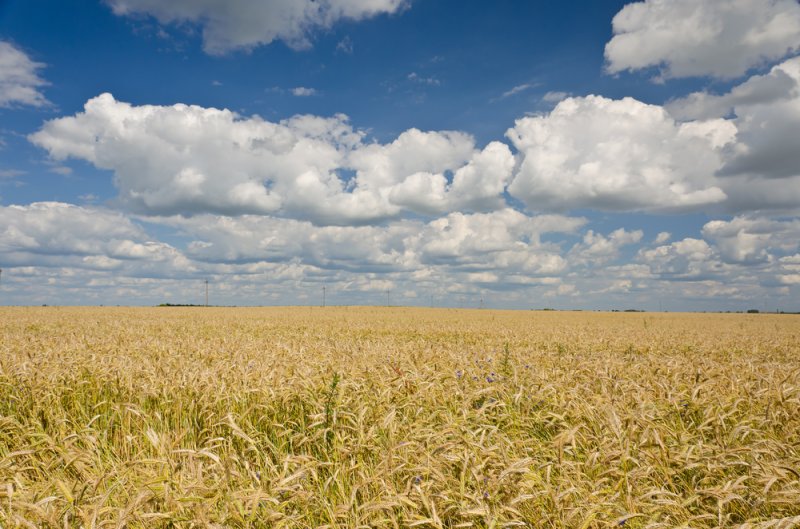 New research by scientists in Canada suggests the world's crops aren't as resilient as advertised, and are increasingly threatened by rising temperatures, drought and extreme weather.

Scientists at McGill University and the University of British Columbia analyzed both global agricultural yield data and weather disasters to get a sense of the damage inflicted over the last half-century. Between 1964 and 2007, extreme heat and prolonged droughts had dire consequences for grain growers in North America, Europe and Australasia.

Production levels in those regions dropped an average of 20 percent as a result of droughts, double the damages inflicted by droughts in other parts of the world. Prolonged droughts have become more common in recent years, and studies have tied the phenomenon to global warming.

Researchers published their new findings in the journal Nature.

"We have always known that extreme weather causes crop production losses," study author Navin Ramankutty, a researcher at UBC, said in a press release. "But until now we did not know exactly how much global production was lost to such extreme weather events, and how they varied by different regions of the world."

While extreme weather events regularly depressed localized agricultural production during the period studied, the ill effects weren't as dramatic or long-lasting as droughts.

"Our findings may help guide agricultural priorities and adaptation efforts, to better protect the most vulnerable farming systems and the populations that depend on them," Ramankutty said.

"Across the breadbaskets of North America, the crops and methods of farming are very uniform across huge areas, so if a drought hits in a way that is damaging to those crops, they will all suffer," said study author Corey Lesk, a recent McGill graduate and geography researcher.

"By contrast, in much of the developing world, crop systems are a patchwork of small fields with diverse crops. If a drought hits, some of those crops may be damaged, but others may survive."