"This is really the first membrane shown to distinguish between subatomic particles," said researcher Marcelo Lozada-Hidalgo. 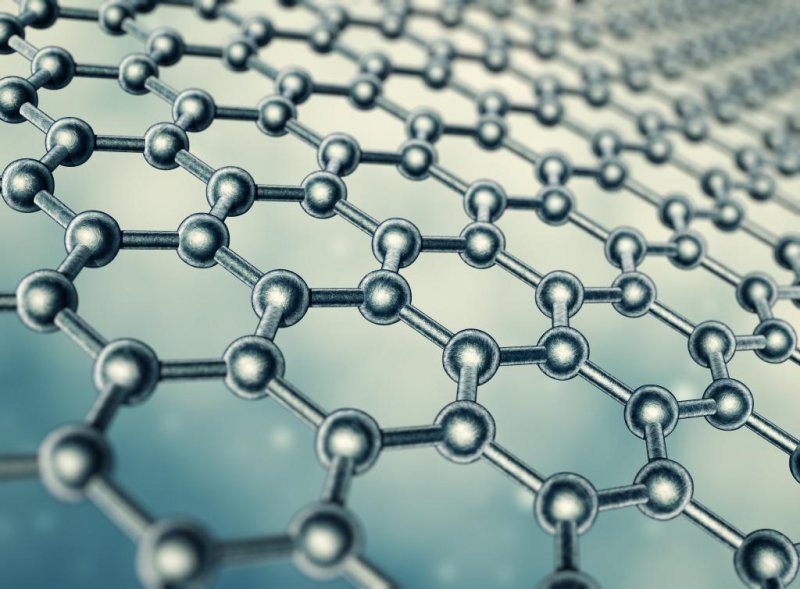 Membranes made of graphene, an atom-thick carbon honeycomb lattice, have been used to filter different hydrogen isotopes. Photo by Tatiana Shepeleva/Shutterstock

MANCHESTER, England, Jan. 5 (UPI) -- Just a few days into 2016, and the first graphene story of the year is already here. New research further suggests there's nothing graphene can't do. The wonder material's latest feat is the production of heavy water -- water with higher levels of the hydrogen isotope deuterium.

Graphene sieves work as an ultra-fine filter, separating hydrogen atoms with single-proton nuclei from heavier deuterium atoms. The isotope deuterium is a hydrogen atom with both a proton and a neutron in its nucleus.

The new graphene technology could be scaled to produce large amounts of heavy water much more cheaply and efficiently than current methods.

"This is really the first membrane shown to distinguish between subatomic particles, all at room temperature," study author Marcelo Lozada-Hidalgo, a postdoctoral researcher at University of Manchester, said in a press release. "Now that we showed that it is a fully scalable technology, we hope it will quickly find its way to real applications."

Researchers say the membrane filter could also be used to filter out the less stable and dangerous radioactive isotope tritium -- a toxic byproduct of electricity production at nuclear power plants.

"We were stunned to see that a membrane can be used to separate subatomic particles," said co-author Irina Grigorieva. "It is a really simple set up. We hope to see applications of these filters not only in analytical and chemical tracing technologies but also in helping to clean nuclear waste from radioactive tritium."

Science News // 2 days ago
Bipartisan group defends sequoia tree bill in California despite opposition
June 23 (UPI) -- A bipartisan trio of lawmakers defended the "Save Our Sequoias Act" on Thursday despite more than 80 environmental groups signing a letter to Congress opposing the act earlier this month.

Science News // 2 days ago
Megalodons were at very top of food chain, possibly cannibalistic, study says
June 22 (UPI) -- Megalodons, believed to be the largest species of shark that ever lived, were big enough to eat just about any animal they wanted -- and were possibly cannibalistic -- scientists say in a study published Wednesday.

Science News // 4 days ago
Chinese official says its Mars sample mission will beat NASA back to Earth
June 21 (UPI) -- A senior Chinese space official said on Monday the country is on track to bring back rocks from the surface of Mars two years ahead of the planned joint effort by NASA and the European Space Agency to do the same thing.

Science News // 1 week ago
Polar bears in Greenland adapted to hunt from glacial ice, study shows
June 17 (UPI) -- Scientists have discovered that a specific population of polar bears on Greenland have adapted to hunting from ice that has broken away from glaciers as global warming diminishes their natural hunting grounds on sea ice.