New study warns of the dangers of large Earth-bound comets

"If we are right, then these distant comets could be a serious hazard," said astronomer Bill Napier.

An orbital map of the solar system. The paths of centaurs are shown in red. Photo by Duncan Steel/Royal Astronomical Society

Giant comets, called centaurs, travel through the outer realms of the solar system on unstable orbits. These massive, icy orbs sometimes cross the orbits of giant planets like Jupiter and Saturn.

New research shows centaurs occasionally get slung from their normal path around the sun -- redirected toward Earth by the gravitational pull of our solar system's gas giants.

Calculations by astronomers in England suggest a centaur gets catapulted across Earth's orbit every 40,000 to 100,000 years. Should Earth encounter a centaur, it would likely disintegrate in Earth's atmosphere. But it's likely at least some of the comet's sizable fragments would impact Earth.

In the latest issue of the journal Astronomy and Geophysics, researchers argue that a centaur event is to blame for significant ecological disruptions, as well as the decline of several ancient civilizations, some 30,000 years ago.

Scientists say their hypothesis is supported by the findings of archaeologists and paleontologists, as well as astronomers' improved understanding of comet populations.

"In the last three decades we have invested a lot of effort in tracking and analysing the risk of a collision between the Earth and an asteroid," study author Bill Napier, a professor of at the University of Buckingham, said in a press release.

"Our work suggests we need to look beyond our immediate neighborhood too, and look out beyond the orbit of Jupiter to find centaurs," Napier continued. "If we are right, then these distant comets could be a serious hazard, and it's time to understand them better." 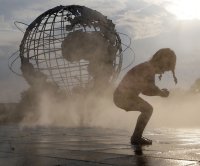 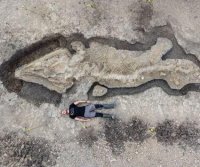