An image of Mars' "High Dune" taken by Curiosity. Photo by NASA/JPL

A wheel mark on Mars' sand dunes. Photo by NASA/JPL

A closeup of a wheel mark on Mars' sand dunes. Photo by NASA/JPL

The dunes are dark in color and high in stature, some of the crests towering up to two stories. Images snapped by Curiosity reveal the ripples of one dune dubbed the "High Dune," as well as a pair of fresh wheel marks.

The dunes imaged by Curiosity are part of a larger group called "Bagnold Dunes," which blanket the northwestern flank of Mount Sharp.

Since landing on Aug. 6, 2012, the rover has drilled, dug, driven and photographed a variety of outcroppings and other geological features on Mars. The rover's current mission is to document higher elevations of Mount Sharp. 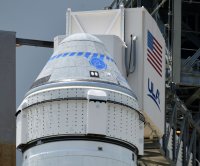 Science News // 21 hours ago
High-stakes Boeing capsule launch postponed due to mishap at space station
ORLANDO, Fla., July 29 (UPI) -- Boeing and NASA postponed the launch the company's Starliner space capsule to the International Space Station on Friday after a mishap at the orbital laboratory on Thursday. 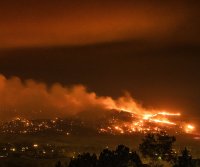 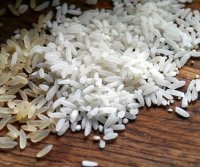