The Philippine eagle is one of the largest and most powerful birds in the world.

A new Philippine eagle chick is the first born at the breeding program in two years. Photo by PEF

DAVAO CITY, Philippines, Dec. 10 (UPI) -- The Philippine eagle is the official bird species of the nation for which its named. Unfortunately, the species is also critically endangered, with fewer than 600 thought to be left in the wild.

Conservationists recently got good news, however. A Philippine eagle chick hatched at a breeding program in the Davao province. The eaglet is the first of its kind born at the conservation center in more than two years.

"Assistance in hatching was done during the first few hours of the whole hatching process but the chick did it on its own when it hatched full-term," conservationist Anna Mae Sumaya, a curator with the Philippine Eagle Foundation, said in a press release.

"At two days old, the baby eagle can already lift its head and get food from forceps," added Sumaya. "It's also very active -- very attentive and observant of its surroundings. The chick responds to some bird calls heard from the background sound."

RELATED Self-impregnated snake in Missouri has another 'virgin birth'

Sumaya believes the chick, which has yet to be named, will make it. The eaglet is the product of a natural pairing -- a couple that linked up 2013. The chick hatched after 56 days of incubation.

The Philippine eagle is one of the largest and most powerful birds in the world. Among eagles, it is the longest, measuring between 2.82 to 3.35 feet. It weighs between 10.4 and 17.6 pounds. Thought to have the largest wing surface area of all eagles, its outstretched wings can exceed 6.5 feet.

The eagle's numbers have dropped dramatically in recent decades as its preferred habitat among the jungles of the Philippines continues to disappear. Wildlife managers say the latest hatching offers hope for the future of the wild population.

RELATED World Turtle Day: What to know and how to help

"This hatching is a big breakthrough for us and is the result of nearly five years of round robin pairing amongst our younger set of eagles at the center," said Dennis Salvador, executive director of PEF. "We are proud of our conservation breeding team for their perseverance at this very challenging task."

Science News // 6 hours ago
Dust storm grounded Mars helicopter, but it's ready to fly again
ORLANDO, Fla., Jan. 20 (UPI) -- One of the Red Planet's famous dust storms has kept the Mars helicopter Ingenuity grounded for two weeks, but the aircraft is scheduled for its 19th flight as early as Sunday, according to NASA. 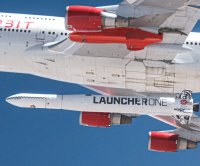