"The loss of important species is changing the coastal ecosystems and their highly productive food webs," biologist Doris Abele said. 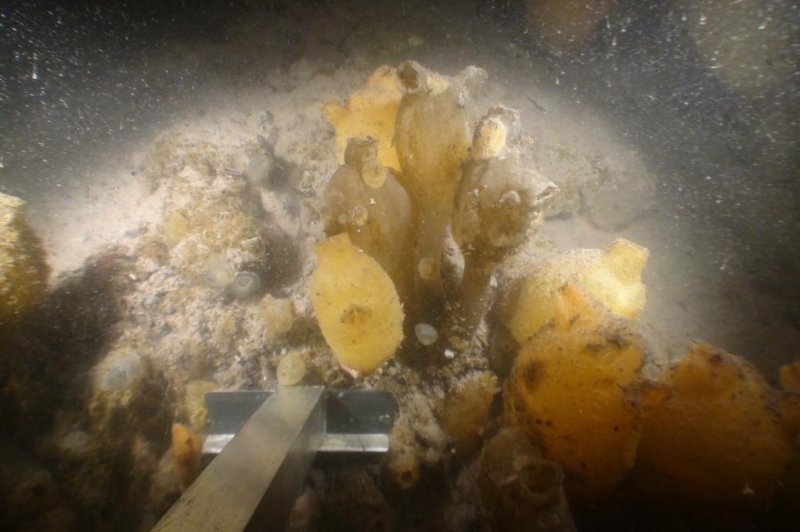 Glacial retreat has led to an uptick in sedimentation along the coast of western Antarctica. New research shows that tall-growing ascidians, including several sea squirt species, aren't able to adapt to the changing conditions. Photo by Alfred Wegener Institute / Christian Lagger (CONICET)

BREMERHAVEN, Germany, Nov. 13 (UPI) -- In recent years, the western Antarctic Peninsula has warmed at five times the rate of global averages. The rising temperatures there have precipitated dramatic glacial melting.

But what are the ecological consequences?

Scientists have been closely monitoring the climatic changes there. Less studied and well understood are the effects those changes are having on life in the region, especially on the ocean floor.

A team of international researchers are trying to change that. The early results -- published this week in the journal Science -- suggest biodiversity is taking a hit.

"Particularly tall-growing ascidians like some previously dominant sea squirt species can't adapt to the changed conditions and die out, while their shorter relatives can readily accommodate the cloudy water and sediment cover," study co-author Doris Abele, a biologist at the Alfred Wegener Institute, Helmholtz Centre for Polar and Marine Research in Germany, said in a press release. "The loss of important species is changing the coastal ecosystems and their highly productive food webs, and we still can't predict the long-term consequences."

The findings allude to a recent study that suggests smaller species gain the upper hand during times of ecological instability. That appears to be what's happening among the coastal seabeds of western Antarctica.

Researchers say they've been late to the party on monitoring these unique benthos ecosystems, but that these results will be highly valuable as biologists continue to study changes in Antarctica.

"Combining this series of observations, accompanying ecological research on important Antarctic species, and mathematical modelling allows us to forecast the changes to the ecosystem in future scenarios," said study co-author Fernando Momo, a marine biologist at Argentina's National University of General Sarmiento.