Scientists recently unearthed several fossilized brains of Fuxianhuia protensa, a now-extinct marine arthropod that lived 520 million years ago, from the fossil-rich Chengjiang Shales of Southwest China. The latest findings were detailed in the journal Current Biology.

Using electron microscopy, researchers imaged the tiny brains of the ancient shrimp-liked creatures. Appearing as flattened carbon films, some of the fossilized brains were naturally laminated with tiny layer of iron pyrite crystals. Their structure is remarkably similar to those of modern crustaceans.

It's not the first time study author Nicholas Strausfeld has presented evidence of brain fossilization. But when he detailed a singular brain fossil in a 2012 paper, many wrote the discovery off as a fluke.

This time, Strausfeld and his colleagues wanted to make sure they presented a comprehensive case. In a separate scientific paper, published in the journal Philosophical Transactions of the Royal Society B, researchers recreated the fossilization process in the lab, showing exactly how an ancient Cambrian arthropod brain can come to be successfully preserved.

In order for brains to be fossilized, the researchers showed, they must be quickly buried. They did this by quickly covering sandworms and cockroaches in mud. The Fuxianhuia protensa were likely buried by an underwater mudslide. As long as they are buried deep enough and the water is anoxic enough, the neural tissue won't be eaten by predators or broken down by bacteria.

Additionally, the brain tissue must also be able to withstand the pressure of being buried under all that weight. Lab experiments showed arthropods possess especially dense neural tissues, capable of surviving such pressure packed conditions.

"Dewatering is different from dehydration, and it happens more gradually," said Strausfeld, a professor at in the University of Arizona's Department of Neuroscience.

Dewatering is the process by which water is slowly squeezed from the animal tissue by the pressure of the overlying mud.

"During this process, the brain maintains its overall integrity leading to its gradual flattening and preservation. F. protensa's tissue density appears to have made all the difference," Strausfeld added.

Strausfeld thinks the new research, which was aided by scientists in China and Europe, should be enough to dissuade his former doubters. 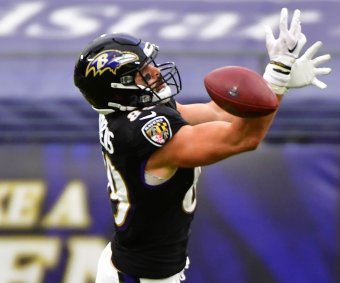