Will climate change lead to food chain collapse in the ocean?

"This 'simplification' of our oceans will have profound consequences for our current way of life," said researcher Ivan Nagelkerken. 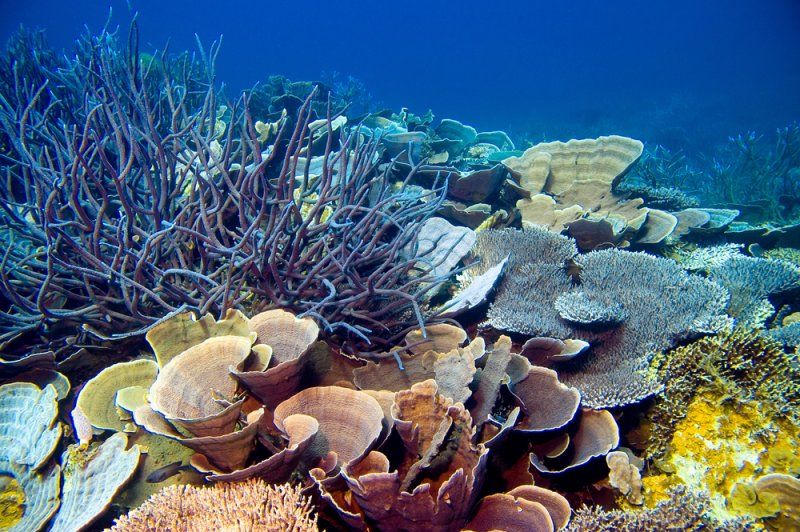 ADELAIDE, Australia, Oct. 12 (UPI) -- A domino effect of collapsing marine food chains could lie ahead for the world's oceans if greenhouse gas emissions continue at the current rate.

That's the takeaway from a new study by researchers in Australia -- the first, scientists say, to take a global approach to predicting the response of marine ecosystems to rising CO2 levels.

Researchers at the University of Adelaide analyzed data from 632 studies related to the effects of rising CO2 levels on marine environments. The meta-analysis looked at studies on all kinds of marine ecosystems, ranging from the tropics to the arctic, including coral reefs, kelp forests, deep seas and open oceans.

"We know relatively little about how climate change will affect the marine environment," Sean Connell, a professor of marine ecology at Adelaide, said in a press release. "Until now, there has been almost total reliance on qualitative reviews and perspectives of potential global change. Where quantitative assessments exist, they typically focus on single stressors, single ecosystems or single species."

"This analysis combines the results of all these experiments to study the combined effects of multiple stressors on whole communities, including species interactions and different measures of responses to climate change," Connell added.

The new research, published in the journal PNAS, suggests biological diversity will take a significant hit, as quickly changing oceans will offer little opportunity for species to acclimate to warmer waters and acidification. The result, scientists say, will be a more monolithic ocean food chain, as a minority of species gain an advantage in a changing world.

"This 'simplification' of our oceans will have profound consequences for our current way of life, particularly for coastal populations and those that rely on oceans for food and trade," said Ivan Nagelkerken, a researcher at Adelaide's Environment Institute and an Australian Research Council Future Fellow

Though models suggest the smallest species of plankton will benefit from warmer waters, their proliferation doesn't translate to secondary production. Simulations suggest zooplankton and smaller fish will fare much worse in warmer, more acidic waters.

"With higher metabolic rates in the warmer water, and therefore a greater demand for food, there is a mismatch with less food available for carnivores -- the bigger fish that fisheries industries are based around," Nagelkerken added. "There will be a species collapse from the top of the food chain down."

RELATED Warming arctic could cost trillions of dollars
RELATED Study: Methane emissions rise as arctic sea ice melts
RELATED WWF: Only half as many marine animals as there were in 1970