Mercury accumulating in flora, fauna of the Grand Canyon

Scientists say the contaminants' presence is a reminder that human activity can have far-reaching effects.

USGS researchers say mercury and selenium are accumulating in the food web of the Grand Canyon. File photo by Terry Schmitt/UPI | License Photo

FLAGSTAFF, Ariz., Aug. 26 (UPI) -- Researchers have found significant levels of mercury and selenium in plant and animal samples in the Grand Canyon.

The contaminants are accumulating throughout the Colorado River's food web, in everything from bugs to trout to algae. Researchers with the U.S. Geological Survey measured the toxic chemicals at six sites, spread over a 250-mile stretch of river downstream from Glen Canyon Dam.

The measurements were published this week in the journal Environmental Toxicity and Chemistry.

Scientists say the contaminants' presence is a reminder that human activity can have far-reaching effects -- even in a remote and relatively well-protected ecosystem like the Grand Canyon's Colorado River.

"Managing exposure risks in the Grand Canyon will be a challenge, because sources and transport mechanisms of mercury and selenium extend far beyond Grand Canyon boundaries," David Walters, USGS research ecologist and lead author of the new study, said in a press release.

Some of the accumulating selenium is likely the result of mining runoff, but researchers acknowledge the Grand Canyon is rich with natural selenium. Most of the mercury, on the other hand, is manmade -- the result of coal plants and fertilizer-fed algae blooms in Lake Powell.

Though the toxins in the adult trout are low enough to be safe for human consumption, USGS researchers say the "concentrations in minnows and invertebrates exceeded dietary fish and wildlife toxicity thresholds."

"This inverted pattern likely has something to do with the novel food web structure that has developed in Grand Canyon," said Ted Kennedy, USGS researcher and study co-author.

Science News // 4 hours ago
Astronaut spacewalk to replace faulty space station antenna
Nov. 29 (UPI) -- A pair of NASA astronauts -- a veteran and a first-time space flyer -- are to venture outside the International Space Station on Tuesday to replace a broken antenna that helps the crew in space communicate with Earth. 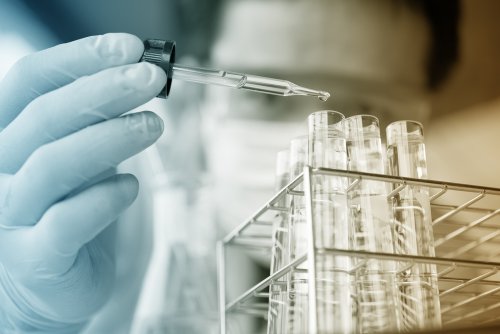