Drones may soon carry blood samples to the lab

Prior to the study, researchers were concerned the drone's acceleration or sudden landing would destroy the blood cells or cause the blood to coagulate.

Can Drones be Used for the Routine Transport of Laboratory Specimens? from Medical Drones on Vimeo.

Unmanned aircraft (drones) can potentially be used for the transport of small goods such as clinical laboratory specimens. We have published what, to our knowledge, is the first study of the impact of drone transportation on routine lab test results.

BALTIMORE, July 29 (UPI) -- Blood, like other biological samples, is fragile and vulnerable to contamination. It must be handled and transported with great care.

But a new proof-of-concept study suggests drones are up to the task. Researchers at Johns Hopkins University recently tested the ability of drones to carry blood samples to the lab for testing. Results showed the samples were not jeopardized or tainted during their 40 minutes aboard hobby-sized drones, paving the way for the technology's use in the field.

It's unlikely the technique will be employed in the developed world. But in rural regions of undeveloped nations, where roads are few, blood-carrying drones could prove useful.

To show that samples could safely travel by drone, researchers took a series of blood samples from patients at Johns Hopkins Hospital. The samples were driven out to a rural airfield, where half were loaded onto a drone and flown around for varying lengths of time. The other half were driven back to the hospital.

Initially, researchers were concerned the drone's acceleration or sudden landing would destroy the blood cells or cause the blood to coagulate.

Researchers say their study -- published in the journal PLOS ONE -- didn't perfectly replicate real world scenarios, but it was good enough.

"The ideal way to test that would be to fly the blood around immediately after drawing it, but neither the FAA nor Johns Hopkins would like drones flying around the hospital," Timothy Kien Amukele, a pathologist at the Johns Hopkins University School of Medicine, said in a press release.

Amukele, who is the director of a laboratory collaboration between Johns Hopkins and Uganda's Makerere University, said the next step is to begin a pilot program somewhere in rural Africa where outreach clinics are often 60-plus miles from the closest lab.

"A drone could go 100 kilometers in 40 minutes," said Amukele. "They're less expensive than motorcycles, are not subject to traffic delays, and the technology already exists for the drone to be programmed to 'home' to certain GPS coordinates, like a carrier pigeon." 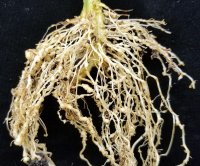 Science News // 10 hours ago
New 'optical rectennas' harvest energy from heat with record efficiency
May 18 (UPI) -- A new energy-harvesting device developed by engineers at the University of Colorado takes advantage of the ghost-like property of electrons to turn excess heat into usable electricity.

Science News // 17 hours ago
Scientists will peer at first galaxies with James Webb telescope
ORLANDO, Fla., May 18 (UPI) -- The most powerful telescope ever built, the James Webb Space Telescope, is fully booked to peer at other planets and the origins of the universe for more than a year after its planned launch in October.