The climbing perch can hibernate for up to six months in the mud of a dried up creek bed. 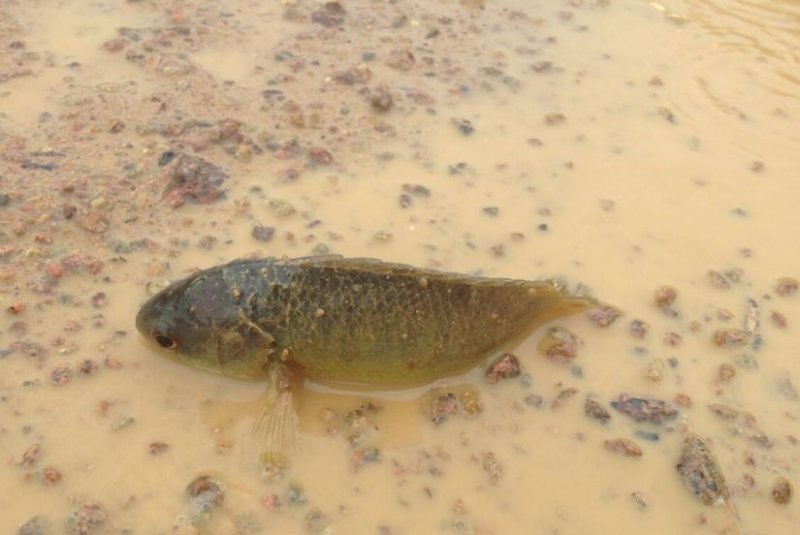 CAIRNS, Australia, June 5 (UPI) -- A walking, breathing fish is threatening to invade mainland Australia, and scientists are concerned the invasive species' arrival could spell trouble for a variety of native creatures.

The fish -- capable of walking (or flopping) its way from water hole to water hole -- can breathe air, live outside of water for up to six days, and defends itself using sharp spines that extend from its gills.

The near-invincible climbing perch (Anabas testudineus) is native to Papa New Guinea, but it has been recently detected on the Torres Strait islands of Boigu and Saibai -- likely brought there by fishing vessels.

Recent observations by Waltham and his colleagues suggest the invasive fish can tolerate small amounts of salt.

"But I still think the chances of it getting to Australia by swimming are quite low," Waltham said in a press release.

But while it's likely able to tolerate brackish water, an invasion via the open ocean is unlikely.

"There is more chance it will arrive in the bottom of a fishing boat or as discarded live-bait fish," he added.

Even if the fish can't handle the salinity of the ocean, it is still as hardy as they come. The climbing perch can hibernate for up to six months in the mud of a dried up creek bed.

While only a few have been spotted on the Australian islands, Waltham and his colleagues are taking a proactive approach to protecting local habitats from invasion and potential ecological disruption.

"It's only through active education and monitoring, in partnership with relevant authorities and local communities, that we can keep it under control," Waltham said. "If we do it early enough."