The scientists say they plan to do followup research on other types of human and animal tissue.

Illustration of a human embryo. Photo by Mopic/Shutterstock

GUANGZHOU, China, April 23 (UPI) -- Long a no-no in the scientific community, researchers in China have for the first time modified the DNA of a human embryo. Not surprisingly, other scientists are not happy about it.

There had been rumors that the line had been crossed, but the embryo-manipulation wasn't confirmed until researchers acknowledged their experiments in a new scientific paper published this week in the journal Protein & Cell.

The paper was submitted to the journals Science and Nature, but rejected by both for ethical reasons.

One of the reasons most scientists still oppose the manipulation of human embryos is that gene modification remains an imprecise science. Just as often as a problematic gene is corrected, unwanted changes are made, with potentially unpredictable results. And that is exactly what happened in Huang's experiments.

"If you want to do it in normal embryos, you need to be close to 100 percent," Huang admitted to Nature. "That's why we stopped. We still think it's too immature."

"What the paper really emphasises is that we are far away from using genomic editing because it's not safe," Dusko Ilic, a stem cell researcher at King's College London, told the Guardian. "The idea of using this for designer babies is very far-fetched. The technology is too far off."

Another scientist, who wished to remain anonymous, told the paper that the work's publication isn't all that surprising -- that most people in the scientific community believed such research was going to be conducted sooner or later.

"You can argue that it could be hugely beneficial to correct genetic diseases, but on the other hand we don't know it's safe and it's a slippery slope," he said. "How long will it be before people try to alter eye and hair color, and height and intelligence?"

Huang and his colleagues say they plan to do followup research on other types of human and animal tissue to perfect the technique. Presumably, when they've improved their process, they'll return once again to manipulating human embryos. 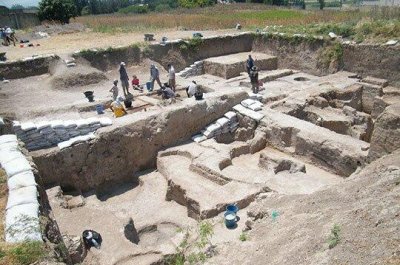