Three Michigan wolves are the last of their kind

"There is now a good chance that it is too late to conduct genetic rescue," said researcher John Vucetich. 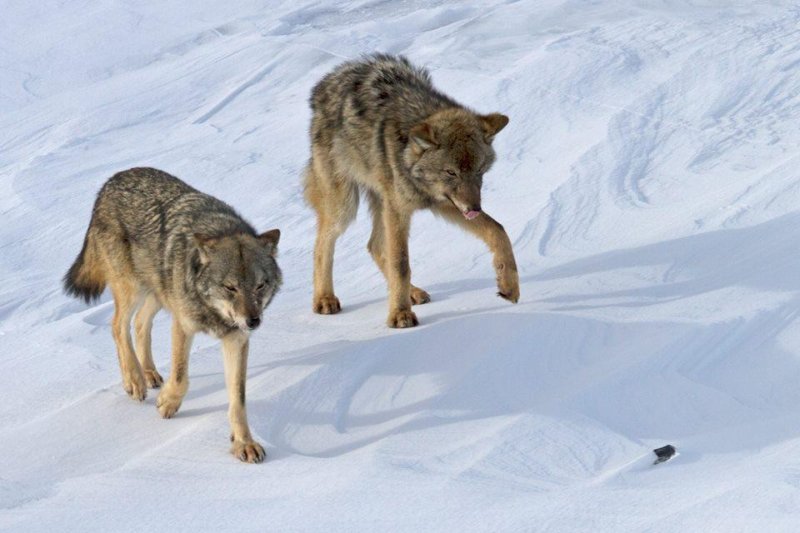 ISLE ROYALE, Mich., April 22 (UPI) -- A wolf population unique to Michigan's Isle Royale, an island in Lake Superior, is almost gone. Last time biologists checked, only three wolves remained; the youngest of which was reported to be deformed and unhealthy -- the product of inbreeding.

Open wilderness, rich with prey -- that's what all hunters are looking for. Wolves, especially, need lots of space to subsist. But mammal populations also need genetic diversity to survive. Choose a location too isolated from other wolves, and too few new genes will enter the pool.

Just as predator populations hemmed in by roads and development struggle to branch out, leading ultimately to inbreeding, so too do groups that venture too far from the general population.

That seems to be the case on Isle Royale, which is actually closer to Minnesota and Canada than it is to Michigan.

In a statement put out last year by the Isle Royale National Park, officials wrote: "There is still a chance of nature replenishing the gene pool as wolves are able to move to and from the island when ice bridges form."

But one wolf has left since then, leaving just the three, researchers confirm in a new report, and visitors that came across on ice bridges from the U.S.-Canadian border this winter declined to stay.

"There is now a good chance that it is too late to conduct genetic rescue," John Vucetich, an associate professor of wildlife ecology at Michigan Tech, said in a press release.

Officials had considered introducing new wolves, in the hope of replenishing the population with new genetic material, but there's no guarantee new specimens would even be interested in Isle Royale wolves.

Vucetich and his colleague, research professor Rolf Peterson, say there's little that can be done. The writing is on the wall. What was once a population of 24 just a few years ago, is now only three.

But why do new wolves decline to repopulate the island? Vucetich has the same question: "Everyone wants to know: What does this mean?"

The researchers suggest fewer and smaller ice bridges may play a role. Development on the mainland may also hinder repopulation.

While wolves may be on their way out, moose remain abundant on the island. At last count, there were more than 1,250.

"If that was money in the bank, you'd get rich in a hurry," Vucetich says. "Soon we'll be moose rich."

But too many moose isn't good. Overcrowding can disrupt the ecological balance on the island, drastically altering the natural vegetation. But without wolves to keep the population in check, it's likely moose numbers will continue to rise.