The new substance is not only non-toxic, but also outperforms traditional formulas.

Details of a new, non-toxic antifreeze that outperforms traditional antifreeze are being presented this week at a meeting of the American Chemical Society. Photo by Jovan Mandic/Shutterstock

In unsuspecting hands, the sweet taste and smell of the toxic liquid can entice one to imbibe. And that's bad news.

"Ethylene glycol, the predominant constituent of automotive products, such as antifreeze and deicers, is chemically broken down in the body into toxic compounds," Edward V. Clancy, professor emeritus at California State Polytechnic University, in Pomona, explained in a recent press release. "It and its toxic byproducts first affect the central nervous system, then the heart and finally the kidneys. Drinking sufficient amounts can be fatal."

Specifically, Clancy and his colleagues have been working to a adapt a substance called propylene glycol for motor vehicles. Propylene glycol is a food additive -- which is "generally recognized as safe" by the USDA -- commonly used to absorb moisture and stabilize food compounds.

Propylene glycol is already used for its antifreeze properties in factories involved in food production, where a toxic leak could be a serious liability, but its thick, syrupy consistency makes it a poor substitute for the antifreeze used in car systems.

Clancy's team, however, has come up with a way to thin out propylene glycol. By injecting the substance with a solution of nanoparticles, the engineers at ACTA were able to make the liquid less viscous -- without compromising its eco-friendly, safe-to-consume nature.

"Because ACTA's patented propylene glycol/water mixture with our additive increases the heat transfer of the flow systems, vehicle manufacturers could make these systems smaller," Clancy said. "A smaller radiator would result in a lighter car, thereby increasing fuel economy and cutting emissions."'

Clancy and his team are scheduled to share their breakthrough with attendees at this week's American Chemical Society meeting in Denver, Colorado. 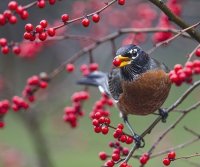 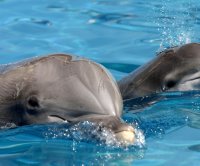