In 1969, John Young, the onetime sandwich smuggler, became the first man to orbit the Moon alone.

Fifty years ago, NASA's Gemini 3 spacecraft, dubbed the "Molly Brown", lifted off carrying the first two-person crew (and a contraband corned beef sandwich) into orbit for the United States. File Photo by NASA

An astronaut on both the Gemini and Mercury missions, "Gus" Grissom is seen alongside the Liberty Bell 7 capsule, which was recovered July 20, 1999. The capsule sank in waters southeast of the Bahamas, July 21, 1961, after a successful splashdown with Grissom aboard. Grissom died in 1967 during a pre-launch test for the Apollo 1 mission. File Photo by iw/NASA/UPI | License Photo

As Space.com reports, when Young pulled the sandwich from his pocket, Grissom asked: "Where did that come from?"

"I brought it with me," Young told him bluntly. "Let's see how it tastes. Smells, doesn't it?"

Wally Schirra, a backup crew member and one of the first men in space as part of the Mercury missions, had bought the sandwich two days earlier. Schirra, known for pranks, handed Young the sandwich on the morning of the Gemini 3 launch.

The sandwich was reportedly difficult to eat, as crumbs began floating around the cabin after the initial bite. The taste test lasted only 15 seconds, but word of the experiment spread and eventually caught the ire of Congress members -- some of who complained that by ignoring the actual space food, Grissom and Young has wasted millions of taxpayer dollars.

Despite the complaints, the Gemini missions continued, paving the way for NASA's eventual trip to the moon. Among the feats achieved by the 10 Gemini flights were: first use of orbital thrusters, first docking of two two spacecrafts and the first spacewalk.

The Gemini 3 flight also made Grissom the first man to fly in space twice. Still, Grissom later recalled the aborted sandwich as a much cherished moment.

"After the flight, our superiors at NASA let us know in no uncertain terms that non-man-rated corned beef sandwiches were out for future space missions," Grissom later remembered. "But John's deadpan offer of this strictly non-regulation goody remains one of the highlights of our flight for me."

RELATED Name the features on Pluto and its moon Charon

Young would go on to enjoy a long and celebrated career with NASA. In 1969, the onetime sandwich smuggler became the first man to orbit the Moon alone as part of the Apollo 10 mission. He later became one of only three people to twice visit the Moon.

Science News // 21 hours ago
New tool predicts the Earth's landscape as sea levels rise
How will climate change alter the landscape of the Earth over the next few hundred years? New interactive tools developed by researchers at Climate Central can paint that picture. 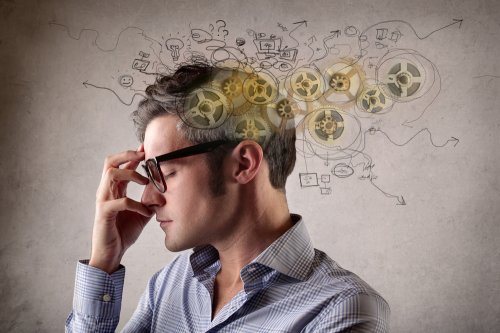 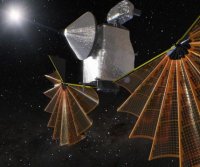 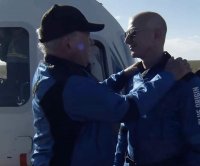