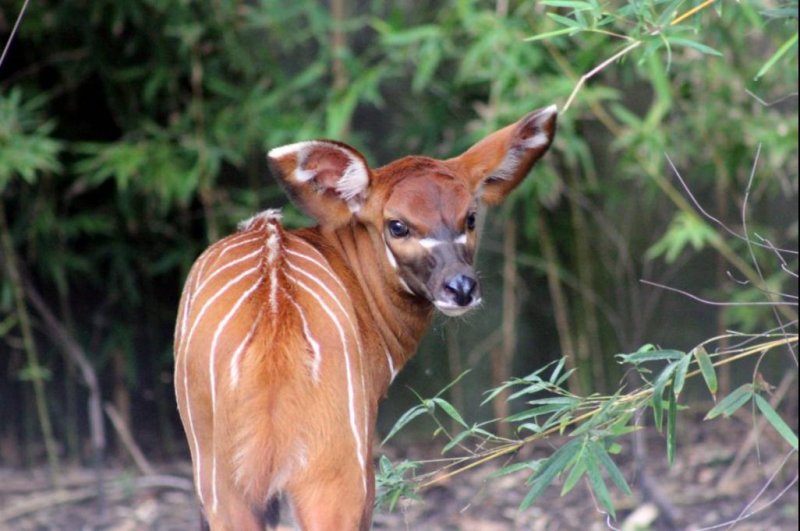 SYDNEY, Feb. 20 (UPI) -- An Australian zoo announced the birth of a critically endangered eastern bongo, one of the world's rarest species of antelope.

The Taronga Zoo in Sydney said the calf, born Feb. 8 to mother Djembe and father Ekundu, was given time to bond with its mother before going on display to the public this week.

"Djembe is a fantastic, protective mother and cleaned the calf as soon as it was born. The calf has already learnt to follow its mother around and was very curious and energetic when exploring its exhibit for the first time," said Tracy Roberts, an ungulate keeper at the zoo.

Roberts said the birth is an important boost to the Australian breeding program aimed at preserving the critically endangered species, which is native to Kenya.

"Every birth of a healthy calf is important, with fewer than 100 of these gentle animals left in the wild. Sadly Eastern Bongo numbers have collapsed due to poaching, disease and destruction of their native habitat in Kenya's highlands," she said.