Extended periods of drought in the future could make the problem worse.

MEXICO CITY, Dec. 11 (UPI) -- As Mexico City continues to pull water from the aquifer below, its ground is sinking. The process is called subsidence. Now, the city's subsidence can be visualized from the perspective of low Earth orbit.

The European Space Agency has created an ariel composite image -- compiled using satellite imagery collected between October 3 and December 2 -- showing the city's rate of subsidence. Some areas of the city are sinking as much as one inch per month.

The subsidence that results from groundwater extraction is a problem all over the world, but is especially dramatic in Mexico City. The aquifer has been under increasing pressure over the last several decades as the city's population has skyrocketed. Additionally, the city is mostly constructed atop layers of clay and highly permeable sand and gravel -- the type of ground most liable to collapse as water is pulled out.

While subsidence has been stabilized in the city center, many parts of the metropolitan area, as evidenced by ESA's new map, continue to shrink. Some parts have sunk more than 30 feet during the last century.

Extended periods of drought in the future could make the problem worse for Mexico City and other cities prone to subsidence. 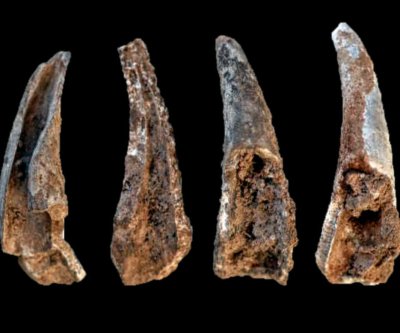