"This is the first Flame Challenge that asks a question about something that happens inside our brains and our bodies," Elizabeth Bass said.

The actor turned part-time professor issues a challenge to scientists every year, calling on experts to help translate complex scientific concepts for children. This year, the New York native -- who teaches regularly at the Center for Communicating Science at Stony Brook University on Long Island -- challenged scientists to explain sleep in a way that an 11-year-old can understand.

This year's question wasn't actually Alda's idea, originally. It was a submitted by students from Ms. Wohlberg's sixth grade class at Garden City Middle School in New York. Students from all over the country sent in queries. "This is the first Flame Challenge that asks a question about something that happens inside our brains and our bodies," Elizabeth Bass, director of the Alda Center, said in a press release. "We hope that inspires past Flame Challenge contestants to try again, and also attracts people in psychology, medicine and all the cognitive sciences."

"But the winners don't necessarily have to be specialists in the topic," Bass added, "they mainly have to focus on understanding what 11-year-olds might know and care about."

The first Alan Alda challenge, issued in 2011, asked: "What is a flame?" That was the question Alda recalls presenting to his teacher when he was just 11. He says he was left unsatisfied by the teacher's one word response of "oxidation."

Since the inaugural Flame Challenge, scientists have also heeded Alda's call to explicate color and time. Challenge participants have until February 13 to explain the process of sleep via writing, video or graphics. The winning explainer gets $1,000 and a trip to the World Science Festival, held in New York City this coming May. 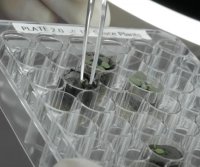 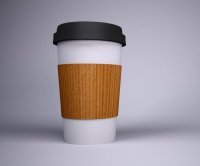