Hunting or killing gray wolves is illegal in Washington State, unless a wolf is of an immediate threat to people, pets or livestock.

A farmer in Washington State is being investigated for reportedly shooting and killing a wolf. (ODFW)

SPOKANE, Wash., Oct. 14 (UPI) -- Authorities with the Washington Department of Fish and Wildlife are investigating reports that a farmer in Whitman County shot and killed a gray wolf after tracking it for several miles in his vehicle. The wolf was shot in a field just southwest of Pullman, Washington.

Wildlife officials arrived on the scene not long after, responding to reports filed by neighbors who witnessed the shooting. The accused was not apprehended, but could face charges at a later date.

Wolves are included on the federal government's endangered species list and afforded special protections. Hunting or killing gray wolves is illegal in Washington State, unless a wolf is of an immediate threat to people, pets or livestock.

"The shooting does not appear to have been associated with a defense-of-life action," Nate Pamplin, the state's wildlife program director, told local paper The Spokesman-Review. "Once the investigation is complete, the case will be sent to the Whitman County Prosecutor's office."

Though wolf sightings have been reported in Whitman -- a county in the western portion of the state -- over the last several years, Pamplin said he wasn't aware of any local conflicts between the majestic predator and livestock. A wolf can only be killed if it is caught in the act of attacking livestock; that was not the case in this particular situation, Pamplin confirmed. 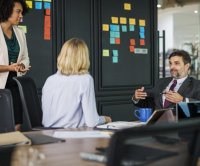 Science News // 3 days ago
Study: Coral reefs' protection saves U.S. property owners billions each year
April 15 (UPI) -- If the reefs lining the coasts of the United States were just 3 feet shorter, damage from floods would be $5.3 billion greater, according to a new research.