"It was important to me to make sure I only used natural ingredients, so it took a bit longer," said Manuel Linares.

CALELLA DE MAR, Spain, July 30 (UPI) -- You'd think a brightly colored scoop of ice cream that changed colors when licked, like some sort of psychedelic dessert, would be the product of everyone's favorite hippies, Ben Cohen and Jerry Greenfield. But the world of dairy and sugar has a new Willy Wonka, and his name is Manuel Linares.

Linares, who plies his trade in Spain, studied as an engineer and scientist before opening up an ice cream shop in Calella de Mar, an eastern province of Barcelona. Inspired by an ice cream he's seen that changed colors, Linares set to work in a lab -- with the help of a couple of friends -- figuring out a way to create an ice cream that reacted to temperature and chemicals in human saliva, so that it would change colors when licked.

"I am a huge fan of the British ice cream genius Charlie Francis, the creator of a fluorescent ice and founder of the company Lick Me Delicious and I wanted to create an ice cream that changed color to try and do something new as well," Linares explained to Diai de Girona.

And by golly, he's done it.

Although it sounds a bit sketchy -- ice cream made in a lab, that is -- Linares promises that he's not putting anything dangerous or strange in there.

"It was important to me to make sure I only used natural ingredients, so it took a bit longer," Linares said. "And as to the trick, I am not giving out too much detail because the patents are still going through."

Though he hasn't revealed what it is, the effect is achieved by pouring what he called a "Love Elixir" over a scoop of the ice cream.

The ice cream first appears a bluish purple in hue, and then fades into a brighter pink as it is licked or heated. Linares says the flavor is like tutti-frutti, with strawberries, cocoa, almonds, banana, pistachio, vanilla and caramel.

Since he's unveiled the new ice cream -- which he's dubbed "Xamaleon," for "chameleon" -- his ice cream parlor has been packed. 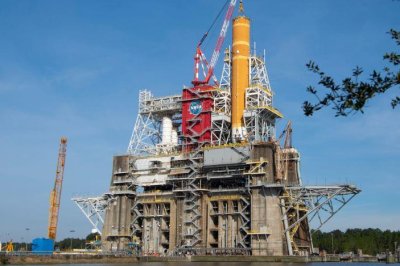