Deep-sea octopus guards eggs longer than any other animal

"This is the only opportunity that anybody has ever had to trace a brooding period [of a deep-sea octopus]," said study leader Bruce Robison.

MONTEREY, Calif., July 30 (UPI) -- A deep-sea octopus called Graneledone boreopacifica is giving helicopter parents a run for their money. Overprotective mothers may dote for twenty-plus years, but they don't smother (literally) their children for 4.5 years. That's how long these cephalopods sit on their eggs -- 53 months, a record among all animals.

Like so many other deep sea creatures, G. boreopacifica have been little studied by scientists. The research that unveiled its breeding and brooding behaviors was one of the first of its kind. Biologists observed the deep-sea octopuses via a remotely operated vehicle in the Monterey Submarine Canyon off the coast of central California.

"This is the only opportunity that anybody has ever had to trace a brooding period [of a deep-sea octopus]," said study leader Bruce Robison, a researcher with the Monterey Bay Aquarium Research Institute. "We had a start date and we couldn't let go until we got to the end."

Beginning in the spring of 2007, scientists began regularly visiting the 4,500-foot-deep octopus nesting site. Over the course of 53 months, scientists returned 18 times -- each time flabbergasted to see the same octopuses watching over their still unhatched brood.

The time G. boreopacifica spends brooding atop her eggs is more than double the average lifespan of most other cephalopods -- a group that also includes squids, nautilus, and cuttlefish.

"The ultimate fate of a brooding female octopus is inevitably death," the researchers wrote in their newly published study -- featured in the latest issue of PLOS ONE. "But in this first example from the deep sea, brooding also confers an extension of adult life that greatly exceeds most projections of cephalopod longevity." 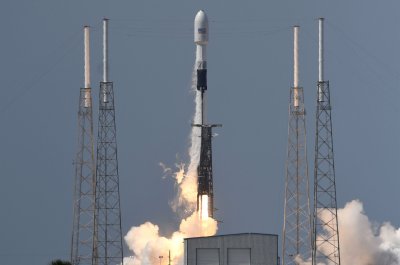