"As far as we know this is the first study that's shown marine mammals feeding at wind farms," explained Deborah Russell. 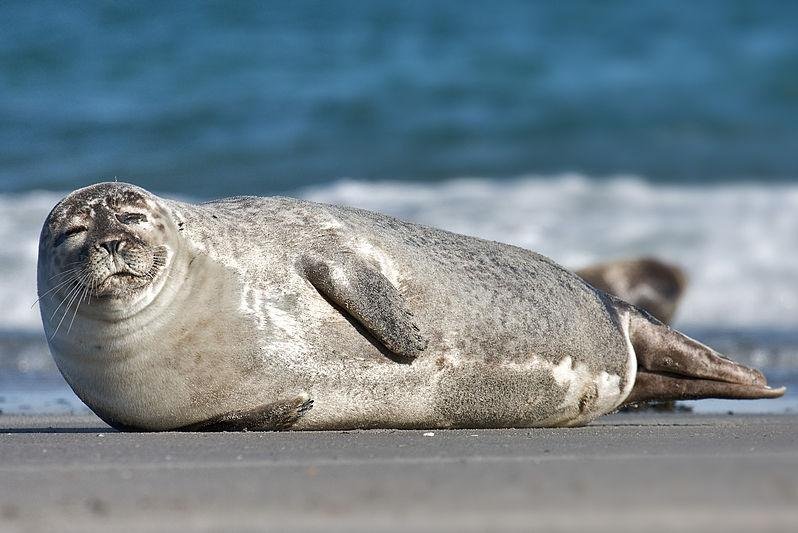 EDINBURGH, Scotland, July 21 (UPI) -- Like it does around so many other manmade structures, (even floating heaps of trash), marine life thrives on and about the structures that comprise offshore wind farms.

Fish, crustaceans and other aquatic life make their homes on and near the giant columns that stretch from the sea's surface to the ocean floor.

Naturally, larger sea creatures have flocked to these structures in search of prey, and new research shows that some of the most frequent visitors are seals.

Anecdotally, scientists have known of this interesting yet perfectly logical phenomenon, but now there's hard evidence.

RELATED Shark bites off more than it can chew, had sea lion lodged in throat

"As far as we know this is the first study that's shown marine mammals feeding at wind farms," explained Deborah Russell, a researcher from the University of St. Andrews in Scotland.

As detailed in the latest edition of the journal Current Biology, marine biologists tracking a group of 11 seals found the pack routinely visited two wind farms, one off the coast of Germany and the other near the southeastern coast of England. When visiting, the seals' movements showed they traveled from turbine to turbine, looking for vulnerable prey that had made a home of the artificial reefs.

"I was shocked when I first saw the stunning grid pattern of a seal track around Sheringham Shoal," she said of the offshore wind farm in Norfolk. "You could see that the seal appeared to travel in straight lines between turbines, as if he was checking them out for potential prey and then stopping to forage at certain ones.

While offshore wind farms have struggled to establish themselves in the U.S. -- where they are routinely fought by coastal homeowners who don't want their view ruined -- Europe has led the way in terms of renewable energy projects along its shores.

For humans, these farms mean cheaper, environmentally friendly energy. But, as Russell and her research colleagues found out, for seals it means additional hunting grounds.

"There are some issues of course with having animals more in the vicinity of anthropogenic activities, because you've got maintenance vessels in the area, you've got some noise from the wind turbines, so that could be negative," explained Russell. "But on the other hand it's obviously quite successful in terms of foraging for these individuals, because they're choosing to go back to these anthropogenic reefs time after time."

Science News // 8 hours ago
New study of moon rocks finds they contain gases from Earth
Aug. 11 (UPI) -- A new study of six moon rocks has discovered proof that the moon includes chemical elements from Earth's interior -- a finding that supports the theory that the moon was created when something smashed into Earth.

Science News // 2 days ago
Supermoon may outshine Perseid meteor shower
The summer of the supermoon is about to put on its final performance, stealing the spotlight from what is typically one of the most anticipated astronomical light shows of the year.

Science News // 3 days ago
Seaweed, giraffes, parrots other critical species becoming endangered, study says
Aug. 8 (UPI) -- Seaweed, which has survived on Earth in some form for 1.6 billion years, has made the list of threatened species, along with giraffes, parrots and oak trees, according to a United Nations report.

Science News // 1 week ago
SpaceX launches Falcon 9 in Florida space coast's second launch of the day
Aug. 4 (UPI) -- Florida's Space Coast on Thursday was busier than it's been in decades, launching two separate rockets on the same day for the first time since the heyday of the Space Race.
Advertisement