"The kingdom of God, beloved brethren, is beginning to be at hand," Cyprian wrote of the ancient plague.

LUXOR, Egypt, June 17 (UPI) -- As a series of terrible epidemics -- now known as the Plague of Cyprian -- wiped out hordes of ancient Egyptians, some writers of the time thought the world was coming to an end.

Archaeologists have recently unearthed new artifacts and human remains from that horrific period of history. Digging in the artifact-rich Funerary Complex of Harwa and Akhimenru in ancient Egyptian city of Thebes, today the modern city Luxor, a team of Italian researchers found bodies caked in a thick layer of lime. In ancient times, lime was a commonly used as a disinfectant.

Discovered by researchers with the Italian Archaeological Mission to Luxor (MAIL), the bodies were located in three ancient kilns where the lime was produced and then used the cover plague victims as they were incinerated.

Pieces of pottery recovered from the kilns were dated to roughly 270 CE -- allowing researchers to connect the bodies to the period of the 3rd century when several different plagues ravaged the Roman Empire.

The tomb where the bodies were excavated was built in the 7th century BCE, and enjoyed a long history of use before being abandoned in the wake of the plague.

"The disposal of infected corpses gave the monument a lasting bad reputation and doomed it to centuries of oblivion until tomb robbers entered the complex in the early 19th century," explained Francesco Tiradritti, director of the MAIL.

Tiradritti and his team's research into evidence of the epic plague is detailed in the latest issue of Egyptian Archaeology, a journal published by the Egypt Exploration Society.

The series of plagues known collectively as the Plague of Cyprian is named for Saint Cyprian, a bishop of Carthage and an early Christian writer who first described the epidemic as a signal of the end of days.

"The kingdom of God, beloved brethren, is beginning to be at hand," Cyprian wrote. The bishop also wrote of the symptoms he witnessed -- vomiting, bloody eyes, bowel discharge and "in some cases the feet or some parts of the limbs are taken off by the contagion."

Science News // 10 hours ago
Veggie-loving monkeyface prickleback may be future sustainable protein
Feb. 19 (UPI) -- Scientists have uncovered the digestive secrets of one of the ocean's most unique vegetarians. The discovery could pave the way for more sustainable proteins sources. 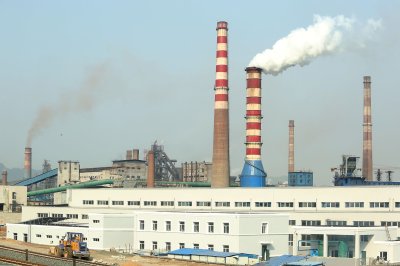