Mixing the herpes-infected stem cells into a gel helps the virus stay put long enough to do its dirty work and kill the brain tumor cells.

CAMBRIDGE, Mass., May 16 (UPI) -- Researchers at Harvard have discovered an effective new way to fight brain tumors: trap oncolytic virus-loaded stem cells in a gel and then apply it directly to the malignancy. When the technique was used on mice with glioblastoma multiforme, survival rates went up.

Previously, the cancer-killing properties of herpes simplex viruses showed promising results in the lab. But the therapy didn't translate as well for human patients. Scientists couldn't get the herpes virus to hang out long enough on the targeted cells.

However -- as this latest mice study demonstrates -- mixing the virus-infected stem cells into a gel helps the virus stay put long enough to do its dirty work.

The therapy is used after surgeons excise what they can of the glioblastoma multiforme -- the most common, and difficult to treat, brain tumor found in humans. The virus is meant to kill any cancer cells left behind by the surgeons, thereby preventing the tumor from regenerating.

Applying the virus in the form of gel -- instead of injecting the naked virus into the cavity where the tumor once was -- improved the survival rate among lab mice.

"They survived because the virus doesn't get washed out by the cerebrospinal fluid that fills the cavity," explained Khalid Shah, lead author of the new study.

"Our approach can overcome problems associated with current clinical procedures," Shah added. "The work will have direct implications for designing clinical trials using oncolytic viruses, not only for brain tumors, but for other solid tumors."

The study was published this week in the Journal of the National Cancer Institute. 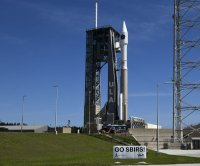