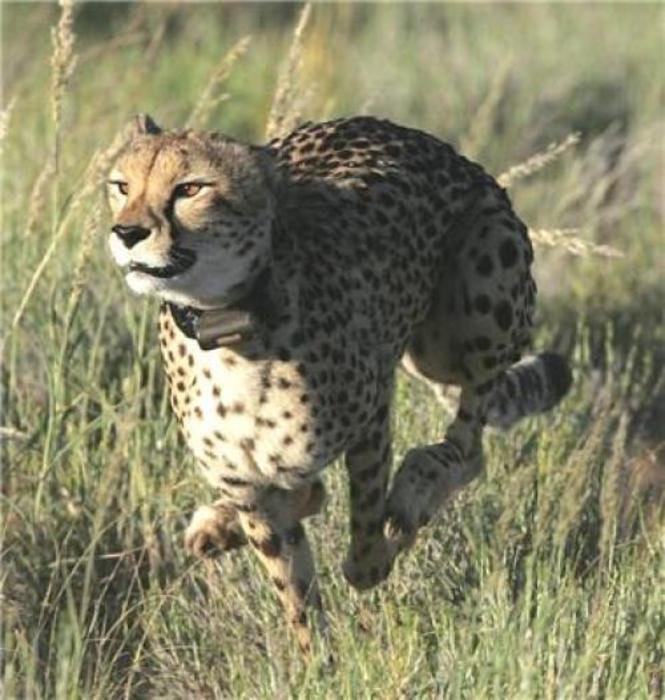 BELFAST, Northern Ireland, Sept. 5 (UPI) -- African cheetahs may use more than just speed and agility when hunting, researchers say; they may be anticipating the escape tactics of different types of prey.

Scientists from Queen's University Belfast in Northern Ireland, in collaboration with British and U.S. institutions, used GPS and accelerometer data loggers deployed on cheetahs, along with traditional observation methods, to understand more about the cats' hunting prowess.

"Our study found that whilst cheetahs are capable of running at exceptionally high speeds, the common adage that they simply 'outrun' their prey does not explain how they are able to capture more agile animals," Belfast biologist Michael Scantlebury said.

"Previous research has highlighted their incredible speed and acceleration and their ability to turn after escaping prey. We have now shown that hunt tactics are prey-specific."

Cheetah chases comprise two primary phases, the researchers found; a burst of speed to quickly catch up with prey, then a prey-specific slowing period, 5 to 8 seconds before the end of the chase, that enables the cheetah, which can hit 70-75 miles per hour, to match turns instigated by its targeted prey as the distance between them closes.

"In other words, we now know that rather than a simple maximum speed chase, cheetahs first accelerate towards their quarry before slowing down to mirror prey-specific escaping tactics," Scantlebury said.

"One thing is certain, and that is that our previous concept of cheetah hunts being simple high-speed, straight-line dashes to catch prey is clearly wrong," Scantlebury said. "They engage in a complex duel of speed, acceleration, braking and rapid turns with ground rules that vary from prey to prey."

Science News // 3 days ago
Mars, meteors: December's must-see astronomy events
December features the longest nights of the year, and the final month of 2022 will be packed with astronomical happenings ranging from the most active annual meteor shower to the best views of Mars since 2020.

Science News // 5 days ago
NASA awards contract for 3D-printed construction on moon, Mars
Nov. 29 (UPI) -- Texas-based startup ICON has landed a five-year, $57 million contract from NASA to 3D-print landing pads, roads and shelter on the moon and on Mars.