While shooting stars get noticed, cosmic dust hitting us all the time

Larger meteoroids cause bright flashes of light when they hit Earth's atmosphere, such as this fireball caught during the Perseid meteor shower Aug. 12, 2006. The bulk of meteoric activity is much less showy: Some 10 to 40 tons of meteor dust enter our atmosphere every day. Credit: Pierre Martin via NASA

While the annual Perseid meteor shower expected this weekend will fill the sky with streaks of light commonly known as shooting stars, some 10 to 40 tons of material of invisible meteoric dust enters the atmosphere from interplanetary space every day, they said.

The big showers like the Perseids, and the Leonids in November, are caused when the Earth travels through a region of the sky filled with left over debris lost by a comet; in the case of the Perseids, small fragments ripped of the tail of comet Swift-Tuttle, which orbits the sun once every 130 years.

However, researchers said, sporadic meteoroids have been around much longer, breaking down over time into tiny fragments only about as wide as a piece of human hair that constantly bombard the Earth.

"This is interplanetary dust," Diego Janches, who studies micrometeoroids at NASA's Goddard Space Flight Center in Greenbelt, Md., said. "The fragments are either remnants from the solar system's formation, or they are produced by collisions between asteroids or comets from long ago."

That cosmic dust ploughs into Earth's atmosphere at speeds of between 7 to 44 miles per second, seeding the atmosphere with minerals and metals from their parent bodies, such as sodium, silicon, calcium and magnesium, he said.

"The small meteoroids feed the atmosphere with all these extra materials," Janches said. "They come in, release metallic atoms that get deposited in the mesosphere and then get pushed around from pole to pole by the general global circulation."

Using those atmospheric metals as tracers allows scientists to answer important questions about the general composition and movement of the atmosphere, he said. 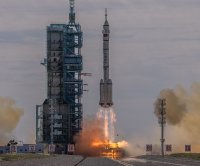 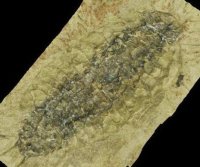