Male guppies continue to reproduce for at least ten months after they die, living on as stored sperm in females, who have much longer lifespans.

"Populations that are too small can go extinct because close relatives end up breeding with each other and offspring suffer from inbreeding," said David Reznick, a professor of biology at the University of California, Riverside and principal investigator of the study, published in Proceedings of the Royal Society B.

Male guppies only live three to four months, while females live up to two years. While it is well known that guppies store sperm, the extent and effects of the storage were unclear until now.

Male guppies have highly variable bright colors, and females prefer rare patterns. A dead male with a long-lost color pattern can posthumously give birth to a son, who will be different from all other males in the population.

Because some females live so long, those sons can appear more than two generations after the father's death. "If there are stored sperm, then the real population size is bigger than the number of animals you see," Reznick said. "Also, stored sperm can increase genetic variation in other ways."

Performing experiments in a river in Trinidad, a team of evolutionary biologists found that female guppies are particularly suited to transporting stored sperm to new habitats.

"Adult female guppies are the strongest swimmers and now we know they are the best able to colonize new habitats," Reznick said. "Long term sperm storage means that a single female can colonize a new site and establish a new population that has a fair measure of genetic diversity since we have found that the older, larger females can carry the sperm of several males."

"Plants do the same sort of thing differently. They produce seeds that can lay dormant in the soil for decades so each year new offspring can appear that represent many prior generations of parents," Reznick said.

"Water fleas also lay eggs that can lie dormant for long intervals of time. But this is the first time we see such a phenomenon in a vertebrate," he said. 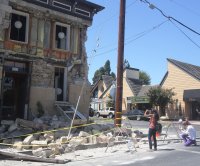