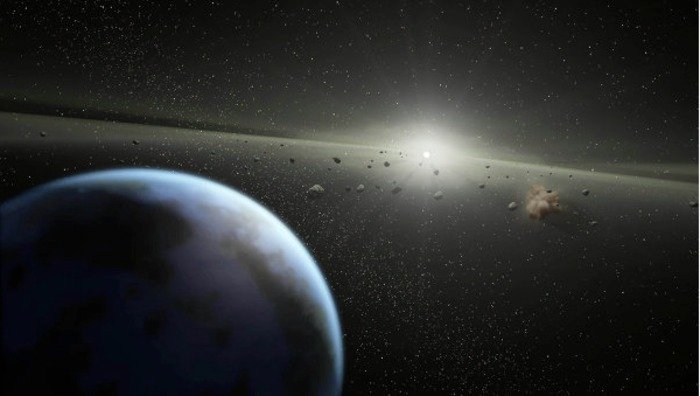 MOSCOW, April 4 (UPI) -- Russia says its Roscosmos space agency may join NASA in an ambitious mission to capture an asteroid and bring it to a lunar orbit for exploration.

The asteroid-retrieval proposal -- to capture a 25-foot, 500-ton asteroid in a net and tow it to an orbit around the moon -- was first proposed last year by the Keck Institute for Space Studies at the California Institute of Technology in Pasadena.

"[It is] a very interesting project, which NASA proposes to carry out jointly with Roscosmos specialists," Roscosmos head Vladimir Popovkin said.

"We could send a manned expedition to explore the asteroid or study it with probes," he said.

NASA reportedly is set to ask Congress for $100 million in its next budget request to initiate the project that could be in place by 2025, RIA Novosti reported.

Keck researchers said they estimated the entire cost of such a retrieval mission could reach $2.65 billion.

Science News // 11 hours ago
Owls may have inherited their night-hunting abilities from dinosaurs
May 6 (UPI) -- New research suggests a small bird-like dinosaur exacting night vision and owl-like hearing to track down prey in the black of night.

Science News // 12 hours ago
Chameleon skin-inspired material changes color, can detect seafood freshness
May 6 (UPI) -- Scientists have created a new type of synthetic skin that uses luminogens and a bilayer structure to artfully alter its color in response to the environment.

Science News // 17 hours ago
Floods could triple across Himalayas, Tibetan Plateau as planet warms
May 6 (UPI) -- As the global temperature continue to climb and glaciers melt more rapidly, new research suggests the risk of flooding across the Himalayas and Tibetan Plateau could triple.

Science News // 20 hours ago
Many consumers use, trust food date labels but misinterpret information
May 6 (UPI) -- New survey data suggests many consumers get mixed up when interpreting "USE By" and "BEST If Used By" labels, according to a study published Thursday in the Journal of Nutrition Education and Behavior.