Reports staring coming in about 5:25 a.m. PST from people across California and as far away as Fernley, Nev., about 30 miles east of Reno, the San Francisco Chronicle reported.

"Wow, what a sight to have seen!" David Rivas of Seaside in Monterey County wrote in an email to the newspaper.

Rivas said he and his wife notice the celestial light show while driving north of Monterey.

"It first appeared as a quick movement of sorts, maybe similar to a shooting star or quick lightning strike off to the east," he said.

Then, he said, "it grew into something shaped like a giant orange crayon."

The area had been treated to another cosmic light show Oct. 17 when a meteor lit up the skies and several chunks of it were later found in the Novato, Calif., area of Marin County.

Science News // 4 hours ago
Researchers present battery-free pacemaker powered by the heart
Aug. 4 (UPI) -- Researchers in China have developed a battery-less cardiac pacemaker that runs on energy derived from the heart, they said during a presentation at AIP Publishing Horizons -- Energy Storage and Conversion. 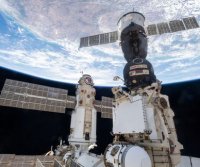 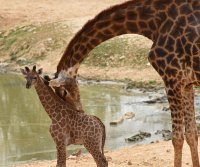 Science News // 5 days ago
Study: Understanding negative vaccine view of skeptics could get more people vaccinated
July 30 (UPI) -- Survey data collected at an anti-vaccine conference in Poland suggests most vaccine skeptics and antagonists are motivated by a generalized negative attitude to vaccines, not direct experience.
Advertisement