HOUSTON, Sept. 19 (UPI) -- Music and language aren't learned separately and in fact music may underlie the ability to acquire language, not the other way around, U.S. scientists say.

Findings by researchers at Rice University contradict prevailing theories that music and language are cognitively separate and that music is a byproduct of language.

"Spoken language is a special type of music," study co-author Anthony Brandt said. "Language is typically viewed as fundamental to human intelligence, and music is often treated as being dependent on or derived from language.

"But from a developmental perspective, we argue that music comes first and language arises from music."

"Infants listen first to sounds of language and only later to its meaning," Brandt said.

Music is "creative play with sound," the researchers said, and the term "music" implies an attention to the acoustic features of sound irrespective of any referential function.

"[Babies] listen to it not only for its emotional content but also for its rhythmic and phonemic patterns and consistencies. The meaning of words comes later," Brandt said.

"While music and language may be cognitively and neurally distinct in adults, we suggest that language is simply a subset of music from a child's view," Brandt said. "We conclude that music merits a central place in our understanding of human development." 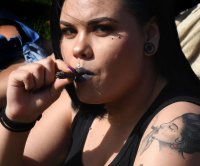 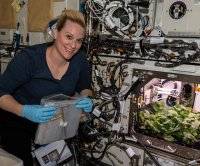