BENGKALIS, Indonesia, June 25 (UPI) -- Indonesian officials say they have launched an investigation into the death of 12 elephants in Sumatra since March that may have been poisoned.

"Our strong suspicion is that those elephants that died in East Aceh and the Tesso Nilo National Park [in Riau] were poisoned, but we do not yet know what the motive could be," Bambang Novianto, the ministry's director for conservation and biodiversity, told the Jakarta Globe.

"So far, we still have to await the results of a forensic laboratory examination in Medan in relation to the type of toxin, to study the feces and what other things they carried," he said.

The latest carcass, without its tusks, was found in a village near the Riau provincial capital of Bengkalis, China's Xinhua News Agency reported.

Even though the tusks of the dead elephants were missing, it did not necessarily mean the killings were for the ivory, Novianto said.

"It can also be that the tusks were cut intentionally to create the image that they were done by elephant tusk hunters, or they were poisoned because they are considered pests," he said. "It is not certain that they were killed for their tusks only."

The International Union for Conservation of Nature has called the Sumatran elephant "critically endangered," one step away from extinction, with only an estimated 2,400 to 2,800 animals remaining in the wild. 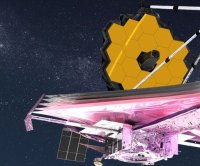