SANTA BARBARA, Calif., May 9 (UPI) -- Biodiversity loss has as much negative impact on the environment as climate change and pollution, scientists at a California university say.

An international research team working at the University of California, Santa Barbara, examined the effects of various environmental stressors on plant growth and decomposition, crucial maintenance processes in any ecosystem, and found the greater the plant species loss the higher the negative impact on plant growth.

"For the past 15 years, ecologists have built a rich understanding of the consequences of humans driving species extinct," researcher Jarrett Byrnes said in a UCSB release.

"What we didn't know before this paper is whether those impacts of species loss rank up there with those from the major drivers of environmental change," he said.

The effects of biodiversity loss were similar to the effects from other environmental stressors including global warming and pollution, he said.

Biodiversity should be considered alongside the more prominent forms of environmental impacts, he said.

"One thing this study opens up is the need to better understand the interactions between environmental change and species loss. They're not independent, and may interact in some particularly unexpected ways," said Byrnes.

Science News // 19 hours ago
New tool predicts the Earth's landscape as sea levels rise
How will climate change alter the landscape of the Earth over the next few hundred years? New interactive tools developed by researchers at Climate Central can paint that picture. 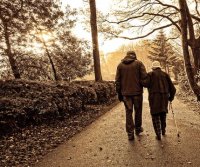