Challenger the Bald Eagle lands after his flight during pre-game festivities of the Fiesta Bowl between Stanford and Oklahoma State at University of Phoenix Stadium in Glendale, Arizona, January 2, 2012. UPI /Art Foxall | License Photo

Liberty the American bald eagle, makes his way down Market Street on the World Bird Santuary float during the Christmas in St. Louis Parade on November 24, 2011. UPI/Bill Greenblatt | License Photo

Lewis the bald eagle watches the activitiy during the playing of the National Anthem before the Cincinnati Reds-St. Louis Cardinals baseball game at Busch Stadium in St. Louis on July 4, 2011. UPI/Bill Greenblatt | License Photo

The Public Utilities Commission voted Thursday to deny the plan, demanding that AWA Goodhue Wind, owned by Texas billionaire T. Boone Pickens, provide better research on how many eagles and bats fly through or near the site located in prime hunting and nesting territory.

"I don't think that the American people are ready to watch Minnesota's nesting bald eagles be destroyed on behalf of a Texas millionaire," said Mary Hartman, one of a number of local residents of Red Wing who have been fighting the 48-turbine farm for years.

The commission's decision highlights an emerging conflict between a demand for clean energy and growing evidence wind farms can kill hundreds of thousands of birds and bats a year.

The Red Wing wind farm has drawn national attention from conservation groups concerned about the impact of such installations.

"This is one of the hottest fights in the nation," said Kelly Fuller, wind campaign coordinator for the American Bird Conservancy.

"The public cares deeply about bald eagles," Fuller said. "I've never met anyone who thinks it's a good idea to kill bald eagles. They are special birds."

Commissioners said they want AWA Goodhue Wind to do survey research on bats and birds and coordinate with the U.S. Fish and Wildlife Service.

Then, they said, the company could re-apply in about a year. 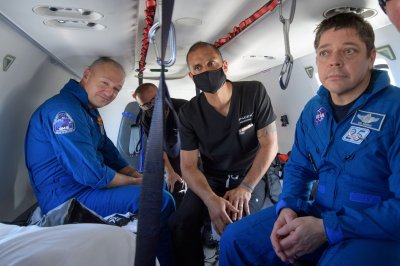