Scientists at Michigan State University showed for the first time how a virus called "Lambda" evolved to find a new way to attack host cells, a change accomplished in just four mutation steps.

"We were surprised at first to see Lambda evolve this new function, this ability to attack and enter the cell through a new receptor -- and it happened so fast," Meyer said. "But when we re-ran the evolution experiment, we saw the same thing happen over and over."

This study follows recent news that scientists in the United States and the Netherlands produced a deadly version of bird flu just five mutations away from becoming transmissible between humans.

While it's highly unlikely the bird flu virus could naturally obtain all of the beneficial mutations all at once, it might evolve sequentially, gaining benefits one by one, Meyer said.

When the genomes of the adaptable Lambda virus were sequenced, they always had four mutations in common, he said.

"In other words, natural selection promoted the virus' evolution because the mutations helped them use both their old and new attacks," Meyer said. "The finding raises questions of whether the five bird flu mutations may also have multiple functions, and could they evolve naturally?"

Science News // 12 minutes ago
Winged microchip is the world's smallest human-made flying structure
Sept. 22 (UPI) -- Engineers at Northwestern University have shrunk a microchip to roughly the size of a grain of sand and given it the power of flight.

Science News // 4 hours ago
98% of videos hashtagged '#alcohol' on TikTok portray drinking in a positive light
Sept. 22 (UPI) -- Half of all TikTok users are between the ages of 16 and 24, and 7 in 10 teens say they regularly use TikTok. The authors of a new study are concerned all those young people are getting the wrong impression of alcohol. 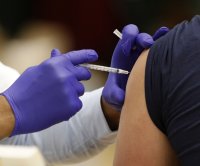 Science News // 2 days ago
For pandas, too much suitable habitat can be a problem
Sept. 20 (UPI) -- According to a new study, published Monday in the journal Conservation Biology, pandas can become complacent and move less if their range is filled with ideal habitat. 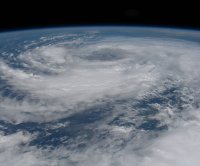