Protestant pastors split on age of the Earth

American pastors are split on the age of the Earth with 46% believing the Earth is about 6,000 years old. (File/UPI Photo/NASA) | License Photo

NASHVILLE, Jan. 11 (UPI) -- America's Protestant pastors say they overwhelmingly reject the theory of evolution but are evenly split on the age of the Earth, a survey reported.

When asked in a survey released Monday by the Southern Baptist Convention if "God used evolution to create people," 73 percent of pastors said they disagreed, CNN reported Wednesday.

Asked if the Earth is about 6,000 years old -- a figure creationists say is rooted in the Bible -- 46 percent agreed while 43 percent disagreed.

Current scientific consensus puts the age of the Earth at about 4.5 billion years.

In the survey conducted among 1,000 American Protestant pastors of various denominations, 74 percent said they believe the biblical figures of Adam and Eve were literal people.

"Recently discussions have pointed to doubts about a literal Adam and Eve, the age of the Earth and other origin issues," said Ed Stetzer, president of LifeWay Research, a division of the Southern Baptist Convention that conducted the survey. "But Protestant pastors are overwhelmingly creationists and believe in a literal Adam and Eve."

The phone survey was conducted last May and had a margin of error of plus or minus 3.2 percentage points, LifeWay said.

Dark matter mapped to greatest degree ever Moon, Earth may be younger than thought Fossil may change evolutionary timeline

Science News // 2 hours ago
Finnish company will test tiny, wooden satellite in space
June 22 (UPI) -- An educational space company in Finland, Arctic Astronautics Ltd., plans to launch a tiny, 2-pound satellite made mostly of wood this fall as a science experiment to encourage interest in space. 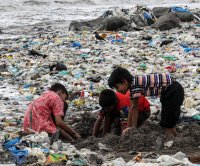 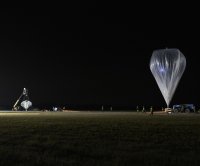